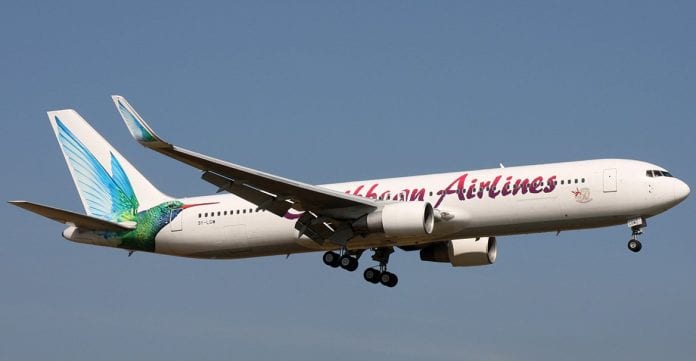 Trinidad and Tobago’s Ministry of Labor says it is unable to intervene to end protest action being taken by pilots with the regional carrier – Caribbean Airlines (CAL).

According to Labor Minister Jennifer Baptiste-Primus, based on the Industrial relations Act, the Ministry’s hands are tied.

“I cannot intervene based on the Industrial Relations Act which outlines conditions under which I intervene in any dispute. And neither of the parties (CAL and T&T Airline Pilots Association—TTALPA) have requested my intervention at this time,” the minister told the Trinidad Guardian.

Baptiste-Primus said based on information received “the pilots have agreed to go back to work.”

However, based on reports of several flights being delayed she said – “You don’t need rocket science to work that out…that they have not really gone back to work.”

CAL pilots are refusing to fly the five ATRs for the airline because they claim the airline has refused to address serious safety issues and concerns they have raised.

Since Friday, several flights had to be cancelled and were delayed due to pilots refusing to operate aircrafts which they say have been experiencing constant technical problems.

At the Tobago’s terminal and Piarco International Airport on Sunday, passengers complained of waiting for hours.

Last Sunday, a CAL flight crew had to make an emergency landing at Hewanorra International Airport in St Lucia after a warning light came on.

On the weekend, CAL’s communications manager Dionne Ligoure confirmed the flight delays. “In the airline business when you have delays running one after the other you would expect spill overs into the next day. We have had delays today as well. But that was expected.” Ligoure could not say how many flights were delayed.