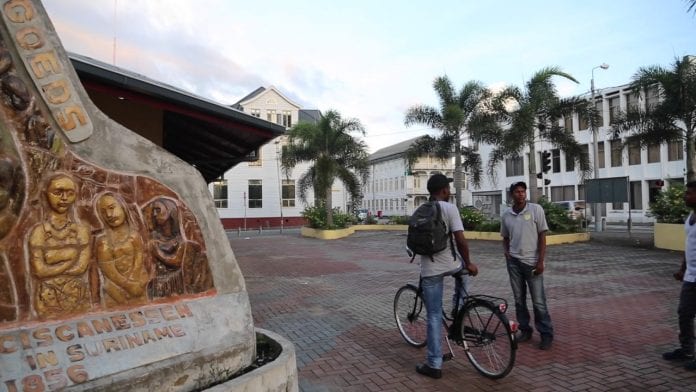 Haiti says it is pleased with a decision by Suriname to regularize more than 1,500 Haitians who have been residing in the Dutch country.

Consul General of the Republic of Haiti in Suriname, Alex Jospitre, accompanied by the Vice Consul Rosario Alexandre held what has been described as “important and fruitful meeting” with Justice and Police Minister, Ferdinand Welzijn, regarding the regularization of Haitians in the country.

A statement issued following the talks noted that Welzijn had reiterated Suriname is moving to ease the uncertainty regarding the irregular situation facing the estimated 1, 800 Haitians who had been able to obtain temporary residence for a two-year period through an initiative undertaken by the Desi Bouterse government three months ago.

Jospitre said he was pleased with the outcome of the talks and the initiative “because our regularized compatriots will soon be entitled to social benefits and civil rights such as access to health insurance coverage, driver’s license, authorization of work, the right to invest, the right to property, the possibility to marry foreigners, to move freely through and out of the country”.

In addition, Jospitre said that the meeting also explored other initiatives with the possibility of an extension of the process of legalization, which expired on December 20 last year, for the benefit of Haitians who could not meet the requested documents and funds in time.

He said a request was made for the possibility of special treatment for Haitians who have entered Suriname illegally and who have not been included in the recent process of legalization.