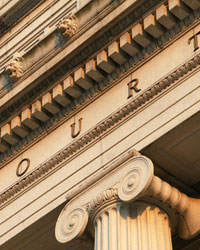 The memo directs the United States Citizenship and Immigration Services (USCIS) to stop accepting any new “initial” applications from first time applicants for DACA, but does allow current DACA holders whose status will expire on or before March 5, 2018 to file renewal applications up until a deadline of October 5, 2017.

The termination policy allows: Current DACA holders to remain in status until the expiration date. This means that DACA status and EAD (Employment Authorization Documents) work permits will remain valid until they expire. The USCIS Approval Notice and EAD work permit have the expiration date on them. The USCIS will also accept DACA renewal applications until October 5, 2017 for those with DACA status expiring between now and March 5, 2018.

This means those who have a work permit (EAD) that will expire between now and March 5, 2018, must apply for a two-year renewal of their DACA by October 5th. The bad news is: No new DACA applications will be accepted.   Under the memorandum, the USCIS will no longer accept or process first-time applications, effective immediately and travel permits will no longer be issued, effective immediately. This means that the USCIS will no longer process or grant DACA recipient’s permission to travel abroad through advance parole. Any pending applications for advance parole will not be processed and DHS will refund any associated fees.

Protest across the US

Following the Trump administration’s announcement, protests have sprung up across the U.S., with DACA supporters denouncing the decision and calling on Trump to reinstate the terms of DACA.

Democrats are calling on their Republican Congressional colleagues to support the 2017 Dream Act to make DACA permanent before the program is terminated.

Immigration attorney, Caroly Pedersen of Weston said. “It is time for South Florida residents to contact their local Congressional office and let their Republican Senator or Representative know they support the Dream Act of 2017 and do not support Trump’s cancellation of the DACA program. Residents can get a link to their Congressional office by visiting the website: www.Immigratetoday.com, and clicking on the Immigration Newsletter link.

Holness Concerned about Child with Dreadlocks being Barred from School

Hurricane Isaias to Strengthen in the Bahamas and Approach Florida’s East...