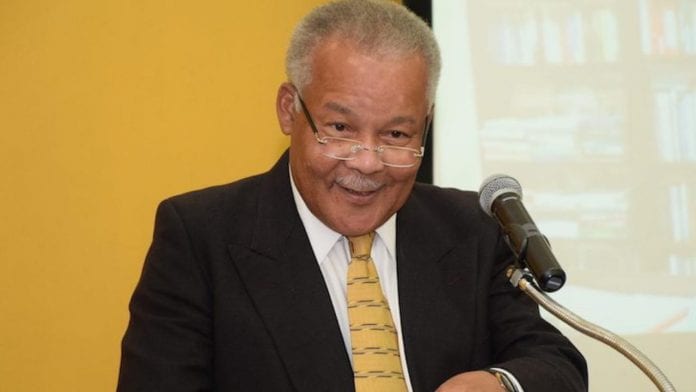 Minister of Labour Jordan, Colin Jordan, who is coordinating the funeral, said that the funeral will begin and end in Arthur’s hometown parish of St Peter, which he served as a Member of Parliament for 33 years.

Arthur, 70, died late last month at the Queen Elizabeth Hospital, where he had been hospitalised for heart complications.

The funeral service is scheduled for 2.00 pm (local time). at the St Peter’s Parish Church with the burial at the Mount Pleasant Memorial Gardens.

Jordan, who has succeeded Arthur as the parliamentary representative for St. Peter’s, said the service will take on as many features of a state funeral as possible while trying to honour Arthur’s wishes.

“Quite a bit of the funeral and the details follow his expressed wishes,” Jordan said as he provided an update to reporters on Friday.

He said several condolence books will be available for signing from Monday, August 10 in four locations, including the Government Headquarters and the University of the West Indies (the UWI), Cave Hill, where Arthur served as a Professor of Practice.

A virtual condolence book is also available at owenarthurtributes.bb for friends and well-wishers around the world.

The body of the former prime minister will lay in state at the Parliament Buildings on Wednesday and Thursday and the casket will be closed according to Arthur’s wishes, said Jordan.

On the day of the funeral service the cortege will go through the capital, Bridgetown with a brief stop at the Parliament Buildings.

“The cortege will then proceed to Speightstown, passing Kensington Oval. We all know that former Prime Minister Arthur was an avid cricket fan and very instrumental in the redevelopment of the Kensington Oval,” said Jordan, adding that further details on the route would be provided early next week.

He said that the locations for the service and interment were Arthur’s wishes and that he did not wish to have the regular spectacle associated with a state funeral.

“So we do as much as is required under the protocols for a state funeral but we keep the service as simple as possible. He had a saying ‘two hymns and a psalm’ that he often used. We are not going to stick slavishly to that. There are going to be a couple more hymns than he requested,” Jordan said.

“The funeral for the late Prime Minister will take on that character as is customary for a state funeral and as befitting a funeral offered to a former premier or longest serving prime minister in Barbados,” said Jordan.

Jordan acknowledged the current climate with the COVID-19 pandemic and the need for protocols including physical distancing to be followed would limit attendance.

“That is not what he or any of us would have wanted, but that is what the current situation presents to us,” Jordan. “And in his words, he would say ‘face it and deal with it’. So we have to observe those protocols.”

Arthur leaves to mourn his wife and two children.

The service will also be streamed live in addition to national television and radio broadcasts.