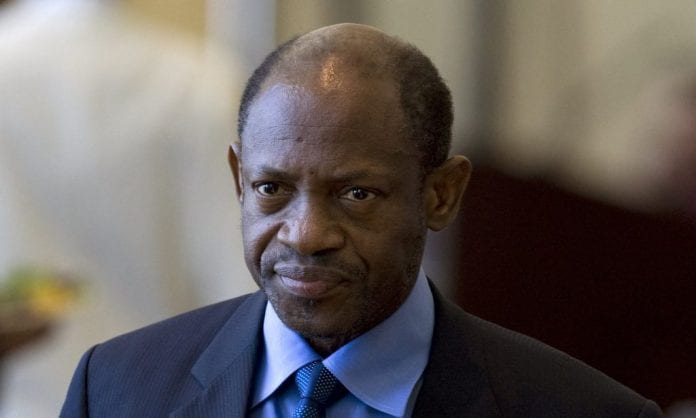 BASSETERRE, St. Kitts – The main opposition St Kitts-Nevis Labour Party (SKNLP) Wednesday said it is boycotting the formal opening of the National Assembly as it marks the “beginning of the reign of an oppressive and illegitimate regime.”

“This decision was taken after thoughtful and careful deliberation based on the assessment of the massive malpractices that tarnished the political environment of the June 5, 2020 General Election, which in our view, was neither free, fair nor just. However, the St. Kitts-Nevis Labour Party remains unswervingly committed to representing the people’s concerns, desires and aspirations throughout the Federation,” the party said in a statement.

The SKNLP won two seats in the June 5 general election, but it has filed election petitions challenging the results in six of the 11 constituencies. The other nine seats were won by the coalition Team Unity headed by Prime Minister Dr. Timothy Harris for its second consecutive term in office.

In the statement, the party said that its two legislators, including Opposition Leader, Dr. Denzil Douglas would “refuse to be complicit in sanctioning a system of apparent election-rigging and voter suppression that has been established, promoted and protected by the illegitimate Harris-led coalition regime.

“In the face of the rampant corruption, massive fraud, widespread irregularities and allegations of bribery, the St. Kitts-Nevis Labour Party intends to send a strong message that “Democracy Matters” and we will not stand by and allow such practices to become the norm in our voting and election processes here in St. Kitts and Nevis. ”

The opposition party said that that six election petitions are intended to “trigger fresh elections so that the true will of the people can be determined.

“We insist that the conduct of the June 5th General Election represented a miscarriage of justice and democracy. It denied the participation of properly constituted international observer missions to independently monitor the voting process. These and other practices gravely compromised due process and distorted the electoral results”.

The SKNLP statement said that Douglas held an audience with the Governor General Sir Tapley Seaton and is still awaiting the settling of certain outstanding matters relating to the effective operations of the Office of the Leader of the Opposition.

“These matters were not resolved during the last Parliamentary Session and must be addressed and corrected if the Office of the Leader of the Opposition is to function effectively.

“The St. Kitts-Nevis Labour Party, as a single Party, with a clear vision, still commands the majority of votes vis-à-vis other political parties and, as such, must ensure that the people’s representation is not compromised. In order to adequately and successfully represent the interests of the people of St. Kitts and Nevis, the Parliamentary Opposition must be furnished with a well-financed and functional Office of the Leader of the Opposition,” the statement added.

“The SKNLP will not rest until the will of the people prevails and democracy is restored to our blessed Federation,” it added.