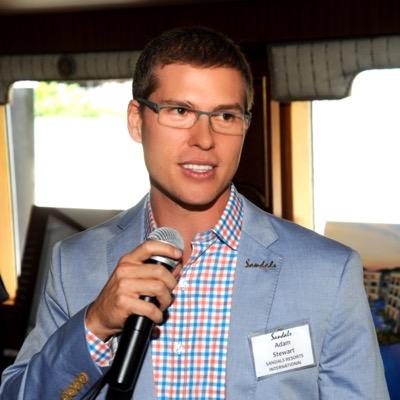 He assumes the role after working alongside his father for more than two decades, during which time he served as chief executive officer and most recently deputy chairman.

Stewart, who becomes just the second chairman in the company’s 40-year history, said he was committed to honouring his father’s legacy of innovation.

“Some people are dreamers, and some are doers; my dad was the magical combination of both. He was fiercely passionate about offering a product that would exceed expectations, and we are incredibly honoured to continue his pursuit of innovation, raising the bar, and creating landmark moments for our valued guests,” said Stewart.

Sandals Resorts International has plans to extend throughout the Caribbean, including the recent announcement of two new island resort destinations – the future Sandals Curaçao and Beaches Resorts in St. Vincent.

Stewart also assumes Executive Chairmanship of the Jamaica-based ATL Group, one of the largest private-sector groups in the Caribbean.

“My father’s shoes are impossible to fill, but we will follow in his ground-breaking footsteps to continue the important work we all set out to do together. As a company and as a team, we are poised for the future. We are already leading the industry in recovering from the greatest setback in the history of travel. We will continue to lead not just by saying, but by doing. And at the heart of it all, we are solely focused on what we do best: delighting our guests,” he concluded.

Stewart will also continue to serve as President of the Sandals Foundation which he launched in 2009, with a mission to lift communities through education, healthcare, and environmental protection.

He has been recognized by several organizations for his leadership in the travel industry and his substantial contributions to the destinations where Sandals Resorts International operates. In 2016, he was bestowed the national honour of the Order of Distinction, Commander Class by the Government of Jamaica for outstanding contribution to tourism.