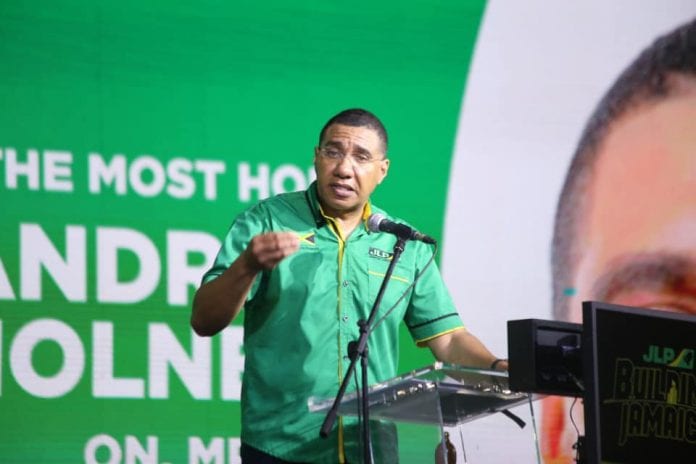 The ruling Jamaica Labour Party (JLP) has won the Thursday’s general election by a resounding margin according to preliminary results.

The data shows that the JLP could win as many as 49 of the 63 seats in the Parliament, in one of the most unprecedented elections in recent times.

Even though the final count has not yet been declared, Opposition Leader Dr. Peter Phillips, who has already indicated that be stepping down had thew party lost the election, is reported to have already telephoned Prime Minister Holness offering his congratulations.

Vice-President of the PNP, Phillip Paulwell also congratulated the Holness administration, saying “Let us congratulate them and wish them well,” adding that “it is a shocking defeat”.

Paulwell, who served as the campaign manager, blamed the perceived disunity within the PNP for the defeat, telling reporters the party did not have sufficient time to show the country that “we were united.

‘It is a shocking defeat, we have been, therefore, all of us will have to accept full responsibility”.

Pollster Don Anderson, speaking on a television programme, described the defeat as “ a major shift” adding “the writing was on the wall.

“The results are startling,” he said, adding “ there is total dissatisfaction with the PNP right across the board”.

In the last general election, the JLP had won by a slender one seat majority (32 seats) but increased that to three after it won two by-elections during the four and ahalf year term of the Holness administration.