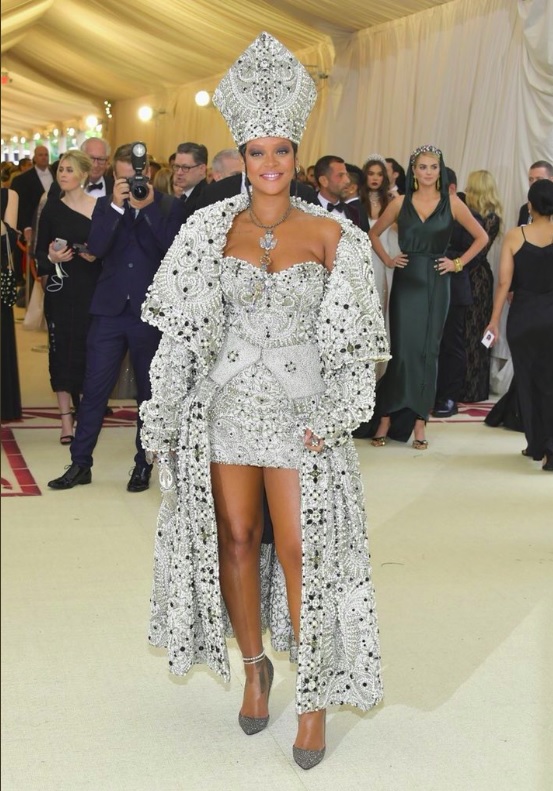 There is no stopping Bajan star Rihanna. The singer made global headlines and was trending on Twitter, for her singer, pope-themed look at fashion’s most important night, the 2018 Met Gala.

The actress, fashion designer and beauty mogul, was an honorary co-chair for the event at the Metropolitan Museum of Art, alongside Donatella Versace and Amal Clooney.

The outfit also included a sculptural jacket and a skirt worn over a bustier dress and a custom-made hat that many fans called the Pope hat.

“In total, the outfit took 250 hours to sew and 500 hours to hand embroider by Maison Margiela’s Paris Atelier,” the creator said on Instagram.

“It feels expensive. It’s heavy,” Rihanna told Vogue of her look. “They beaded this by hand and it would be a sin not to wear it.”