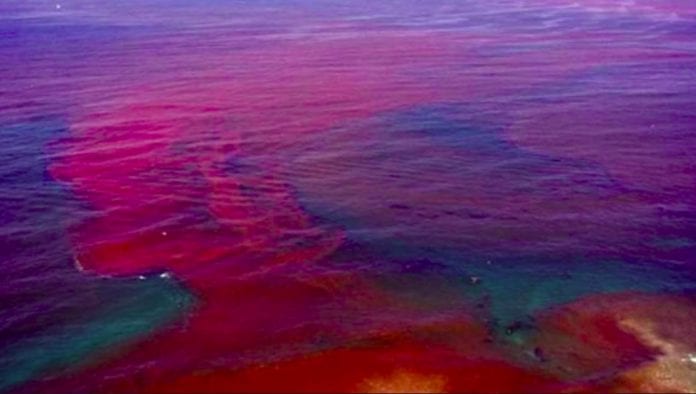 BROWARD COUNTY, FL: The Florida Fish and Wildlife Conservation Commission (FWC) has confirmed the presence of red tide in the coastal waters of Broward County at undetectable to low concentrations at 9 sampling locations.

The results indicated the following:

In coordination with FWC and our local municipal partners, county-wide water quality sampling will continue to be performed until there is no detectable presence of red tide.  Currently, sampling is scheduled to occur multiple times weekly within the County, and those results will be posted as soon as they are available.  The FWC’s statewide red tide map is currently being updated daily, instead of only on Wednesday and Friday.

The red tide is produced by the algae Karenia Brevis, naturally occurring in the saline waters of the Gulf of Mexico. This algae is rare on the East Coast as it prefers the calmer waters of the Gulf. However, of the 57 occurrences of red tide in the Gulf of Mexico since 1953, eight of these events have brought the red tide organism to the east coast of Florida via the Loop Current and Gulf Stream. None of these events resulted in large-scale blooms.

Related: Broward County working with State to identify any presence of Red Tide

Broward have reported respiratory discomfort and some fish carcasses have washed ashore. The municipalities are working diligently to clear the beaches daily of biological debris for residents and tourists.

There are currently no beach closures within Broward County; however, local municipalities are being proactive with the posting of cautionary signage informing the public about the potential presence of red tide.

The FWC advises beachgoers to use their best judgment when visiting a beach impacted by red tide. According to State Health officials, low and moderate concentrations can produce allergy-like symptoms, such as scratchy throat or watery eyes. Individuals with respiratory conditions, such as asthma or COPD, should take measures to reduce exposure. We might also expect an increase in local fish kills. Persons who bathe in the ocean should limit their time in the water and rinse off.

Can last for a few weeks

few weeks to longer than a year, but is not known to persist on the East Coast. Sunlight, nutrients and salinity all play a role, as well as the speed and direction of wind and water currents. Based on experience, we anticipate that the dynamic conditions of the East Coast will serve as a control limiting the presence, persistence, and concentration of the organism in our near shore waters.

For more information on red tide conditions locally and around the state, follow this link to FWC’s website: http://myfwc.com/research/redtide/
To report a fish kill, call FWC’s fish kill hotline: 1-800-636-0511.