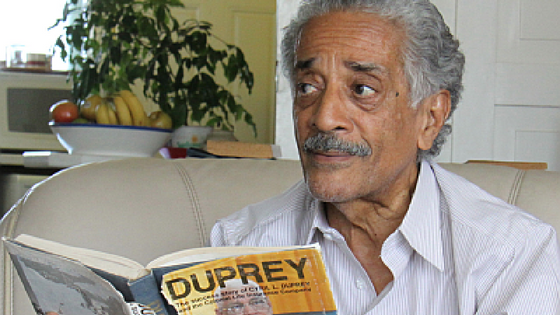 Prominent Caribbean journalist, Owen Baptiste, who served as the executive chairman of the Barbados-based Caribbean News Agency (CANA), died on Wednesday. He was 87.

The cause of death has not been disclosed, but Baptiste, who served as Editor-in-Chief at the Trinidad Express, the Trinidad Guardian, the Catholic News and the now-defunct Caribbean Contact, was reported to have been ill for several weeks.

A journalist for more than six decades experience, Baptiste has worked on newspapers in the Caribbean as a reporter, columnist and editor. He also visited China in 1990, 1992 and 1997 with his wife, Rhona, as guests of the China Association for Cultural Exchanges with Foreign Countries.

In 1998, they went to teach English Writing and Oral English at a teachers’ college in Guangzhou. At the end of eight years, they moved to Beijing to investigate further the history, culture and politics of the Chinese.

The Seagulls Won’t Come Down is more than an expose of the colourful times Baptiste spent with his students and their families as he re-invented his life. The recollections and anecdotes, written as letters to his sons, are a primer of teaching English to the Chinese. They tell the story also of the years with the Caribbean News Agency, the Trinidad Express, the Trinidad Guardian, the Barbados Advocate, and the Jamaica Observer, and of his return to Trinidad to take part in plans to establish a School of Journalism, according to one review of the publication.

“In all of this work, Baptiste doesn’t spare his contemporaries or himself for the deplorable state of journalism and the failure of media managers to assist in the building of better societies in the Caribbean region,” the review noted. In 1975 he founded Inprint Caribbean Ltd., which gave birth to the quarterly journal, Caribbean Affairs, and to the monthly newsmagazine, People. He also founded in 1994 Caribbean Information Systems and Services (CISS) which introduced touch screen technology to Trinidad and Tobago with the aim of reversing the flow of information in the Caribbean.