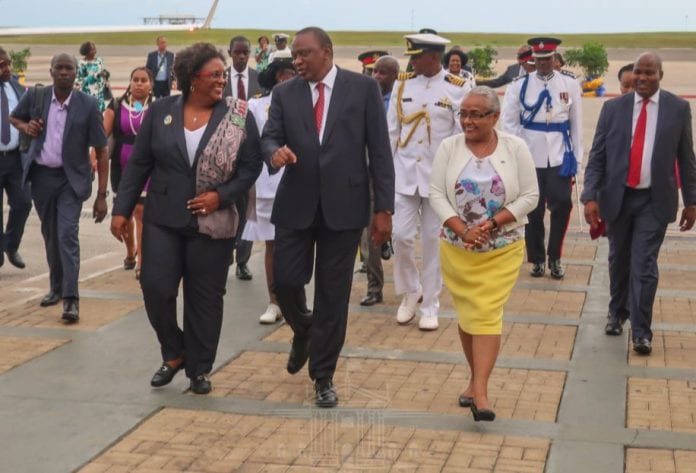 BRIDGETOWN, Barbados, CMC – The President of the Republic of Kenya, Uhuru Kenyatta, arrived in Barbados on Wednesday for a three-day official visit aimed at strengthening relations between the two countries and to forge bilateral ties.

The trip forms the second leg of Kenyatta’s seven-day visit to the region and follows three days of bilateral talks with Jamaican Prime Minister Andrew Holness.

The Kenyan leader was accompanied by the country’s First Lady Margaret Kenyatta.

Shortly after their arrival, the President and his delegation paid a courtesy call to Governor General Dame Sandra Mason and attended a reception at Government House.

On Thursday, Mottley and Kenyatta will hold bilateral talks ahead of the signing of an agreement.

The President is scheduled to depart Barbados on Friday.

Survey Finds Nearly 30 Percent of Americans Have Less Than $500...