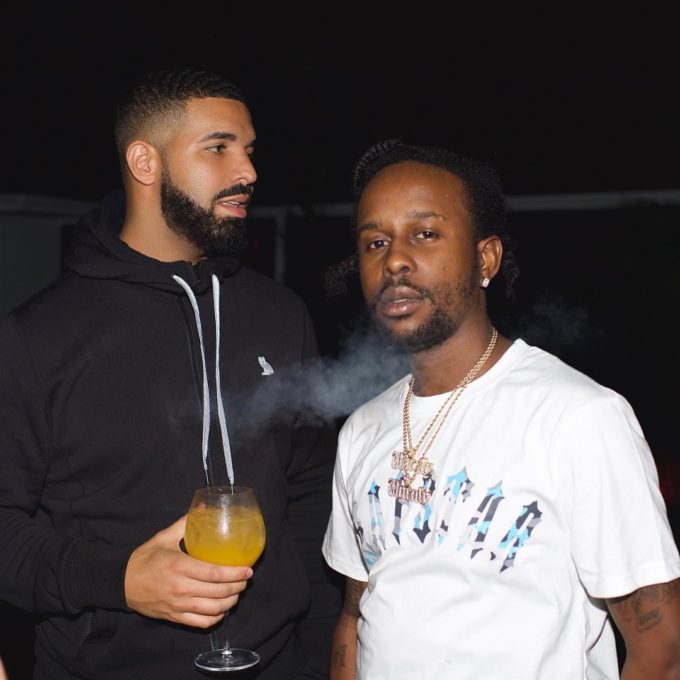 Popcaan is officially the newest member of OVO SOund.
Drake’s OVO Sound label is expanding its roster to Jamaica. On Saturday, December 22 at Popcaan’s Unruly Fest, Drake made the official announcement that Popcaan is officially an OVO Sound artist.
“This is something we worked on for a very long time. I just want to let everybody know, finally, officially, 2019, Popcaan is signed to OVO,” said Drizzy as the crowd erupted in cheers.

Drake, along with Tory Lanez and Baka Not Nice were surprise guests at the first ever Unruly Festival held in Popcaan’s home parish of St. Thomas, Jamaica.
Drake and Popcaan have been known each other for years and collaborated on an early version of the Views hit “Controlla,” but the album version did not feature Popcaan. This led many people, supporters of Popcaan especially, to question whether or not Drake had Popcaan’s best interest at heart.
He now joins the OVO Sound roster, which also includes popular acts PARTYNEXTDOOR, Majid Jordan, Roy Woods, dvsn, Plaza, and Baka Not Nice.