CADRES, which conducted a poll here during the period November 20-22, said that 43 per cent of the 800 people questioned said they would cast their ballpots in favour of the ULP, while 28 per cent said they would vote for the main opposition New Democratic Party (NDP).

The poll has a margin of error of minus or plus five per cent and CADRES said that as much as “29 per cent of respondents were either unsure of their voting intentions or preferred not to say”.

“On previous occasions, CADRES has successfully estimated where this “Uncertain Support” is likely to fall based on the electoral history of St Vincent and our formula projects a likely national swing of +5% in favour of the ULP, with a commensurate deterioration in the fortunes of the NDP.

“On this present track therefore the ULP is likely to emerge victorious on the 9th of December 2015,” CADRES said.

Prime Minister Dr. Ralph Gonsalves is seeking an unprecedented fourth consecutive term in office and is facing a challenge from three other political parties. But political observers say the race is primary between the ULP and the NDP.

In the 2010 general elections, the ULP won by a slender one seat majority with the NDP, headed by former prime minister Arnhim Eustace winning seven seats.

CADRES, which said it does not anticipate that it will conduct any further polls prior to the December 9 election, said it should be noted that its projection for the election “is based on stated voter intentions last weekend, which could be modified (in either direction) in the remaining days before voting.

“In 2010, CADRES’ pre-election poll projected a swing of -3% against the ULP, but that the ULP would nonetheless retain office and on that occasion there was a decline of -3.4% in the fortunes of the ULP,” it noted.

CADRES said that the poll also found that Prime Minister Gonsalves enjoyed a significant lead in popularity among the two leaders.

It said that voters when asked who would they prefer to run the country chose Gonsalves by a margin of 61 to 37 per cent over Eustace, while two per cent said they would prefer other individuals. 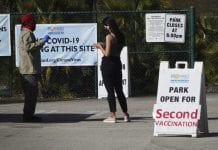 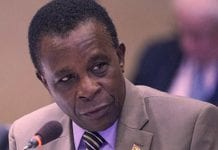 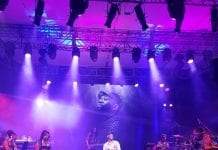