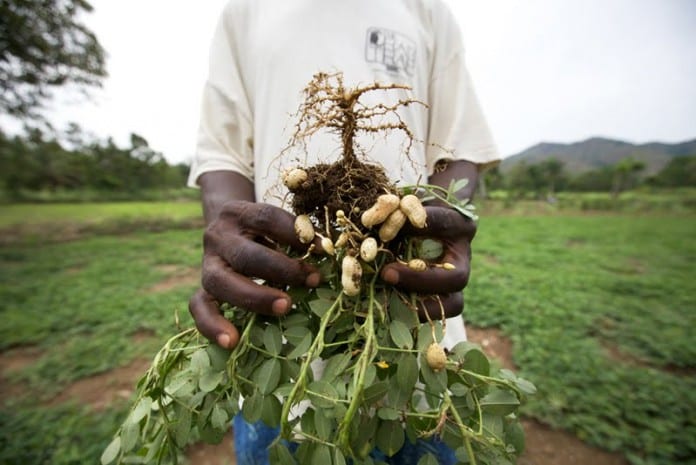 Haiti has been much beloved for its products made from locally grown peanuts, whether in spicy, salty mambá or in sweet and crunch brittle. The success of locally produced peanuts may be disrupted however, following recently announced plans by the Department of Agriculture to send “nutritious U.S. peanuts” as part of their humanitarian efforts in Haiti.

The Department is planning to dump 500 metric tons of packaged, dry-roasted peanuts on Haiti as part of its “Stocks for Food” program. The donation of peanuts, however, could severely reduce prices on local peanuts, which has experienced a boost in yield and production in the past few years.

In response, members of the Diaspora have launched an online petition to the White House, called “Cancel the planned USDA dumping of U.S. peanuts on the Haitian market and future surplus dumping.”

When the American government donates excess agricultural products overseas “in large markets, especially those that do not produce that crop, this may have no effect on the local market and even be beneficial,” said the group’s petition letter to the White House. “But when it is done in small, poorer countries, especially if they also produce that crop, the effect is to lower local prices, increasing poverty.”

The Haitian agricultural market has suffered in the past from similar product dumps from the U.S. Mostly recently in the mid-1990s, the Haitian government yielded to pressure from the United States to drop tariffs on imported rice to nearly zero. This led to a flood of foreign rice into the Haitian market, mostly from the U.S. As a result, Haitian rice production plummeted.

“This has happened repeatedly over the past two decades, in particular with the world food program and other UN agencies,” said the petition’s letter to the White House. “It’s time to stop making poverty worse – the best way to help a country like Haiti is to procure locally, from Haitian farmers.”

So far, the petition has nearly 2,000 signatures since it was launched on April 1st, with just over 98,000 needed to reach their goal of 100,000. Signatures so far have poured in from across the country, including many from South Florida.