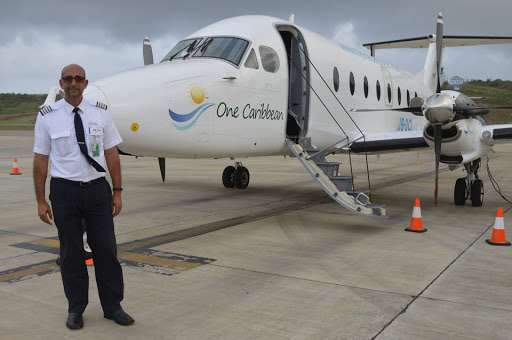 BRIDGETOWN, Barbados – Tourism Minister Kerrie Symmonds says that Vincentian carrier, One Caribbean Ltd will be establishing its base on the island, starting with at least four daily flights.

Symmonds made the announcement in an address at the recent annual general meeting of the Intimate Hotels of Barbados where he sought to assure hoteliers that despite the current dismal situation following the liquidation of cash-strapped carrier, LIAT the outlook was optimistic.

The Tourism Minister disclosed that other airlines have expressed an interest in filling the void left by LIAT, adding that roughly 250,000 people would come to Barbados annually using the LIAT services.

“Last year it was around 258,000. And the density of traffic in that network that LIAT had is not going to be replaced overnight.

“So it is going to be a period of time until whatever airline or combination of airlines come into fruition and into operation, before we can resume to that level of traffic, but what I think we have to do again is to put on a hopeful and cheerful look at what is happening, because it has not meant that traffic has come to an end.”

Stating that LIAT would have been one of the first airlines that Barbados would have wanted to restart operations to Bridgetown, Symmonds said he recently met with officials of One Caribbean Ltd.

Without going into details, Symmonds said “they are making substantial strides in order to advance the degree of operation they do in the southern part of the Caribbean”.

“Therefore, we can realistically see evolving in the not too distant future, and by that I mean literally in a couple of weeks, the hub and spoke operation that will embrace Barbados and a number of the other islands of the Caribbean,” he said.

“I am satisfied that once they can get their operations fully up and running we will be able to see at least four flights out of Barbados and back in every day, and Barbados will be the hub of that hub and spoke operation.”Symmonds said he was confident the One Caribbean flights would fill a major portion of the void left by LIAT.

“With others coming on board, then we have an opportunity to supplement some of that short fall of traffic. So while I recognize that the regional traffic has taken a hit, even beyond what happened with COVID-19, I want you to be able to go away with the certain knowledge that there is a ray of sunshine on the horizon,” the tourism minister said.