The Organization of American States (OAS) says a new report prepared by its General Secretariat has warned that the number of Venezuelan refugees and migrants could rise to 7 million in 2021 if regional countries reopen their borders and the government in Venezuela remains in place.

The OAS said “The Situation Report” – the second since its first in November 2020, prepared for this crisis, headed by David Smolansky – presents “a balance of the year 2020” for Venezuelan refugees and migrants.

The report highlights that the COVID-19 pandemic worsened the Venezuelan migration crisis in 2020.

“Although the outflow slowed down due to border closures and mandatory confinement, these measures increased the difficulties faced by Venezuelan migrants and refugees and, therefore, the challenges of care, protection and integration,” the report says.

“The conditions of vulnerability in which Venezuelan migrants arrive in host countries are increasingly critical after the deepening crisis in Venezuela,” it adds.

The report says that the remains of 33 Venezuelan migrants who fled their country by sea, including minors, have been found on the maritime border between Venezuela and Trinidad and Tobago.

“If borders reopen in the first quarter of 2021 and the illegitimate regime in Venezuela continues in power, the number of migrants and refugees could rise to 7 million,” the report warns.

After the publication of the document, Smolansky emphasized that “the only solution to stop this unprecedented human landslide in the region is for Venezuela to have a transition towards democracy and for Venezuelans to progressively regain their freedoms.

“This is the only way forced migration will stop and incentives for return will emerge,” he said.

The report notes that, before the arrival of the pandemic, about 5,000 Venezuelans fled their country daily.

As of March 2020, the report says that the outflow through regular routes ceased, income through irregular routes increased; and, between March and September, more than 140,000 Venezuelans were forced to return to their country through Colombia (134,000) and Brazil (8,000) “by losing livelihoods in their host countries.”

“Many other Venezuelans had their right to return to their country of origin violated by being stranded for months in different countries of the world without being able to access repatriation flights after the discretionary closure of airspace by the illegitimate regime,” it stated.

The report underscores that 2020 concluded with a total of 5.4 million Venezuelans exiled.

The report identifies challenges that must be addressed in the new year, including the increase in the number of entries through irregular routes, as well as the growing number of Venezuelans who disappear or die trying to reach an island in the Caribbean.

Likewise, the document warns that the conditions of vulnerability with which Venezuelans arrive in host countries are “increasingly critical.”

It urges “joint efforts throughout the region to reinforce regular routes to cross borders in 2021 and facilitate mechanisms protection for a population fleeing for humanitarian reasons.” 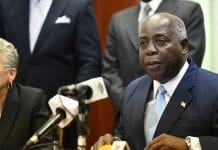 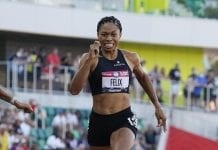 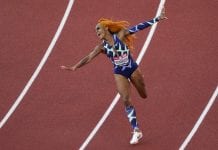