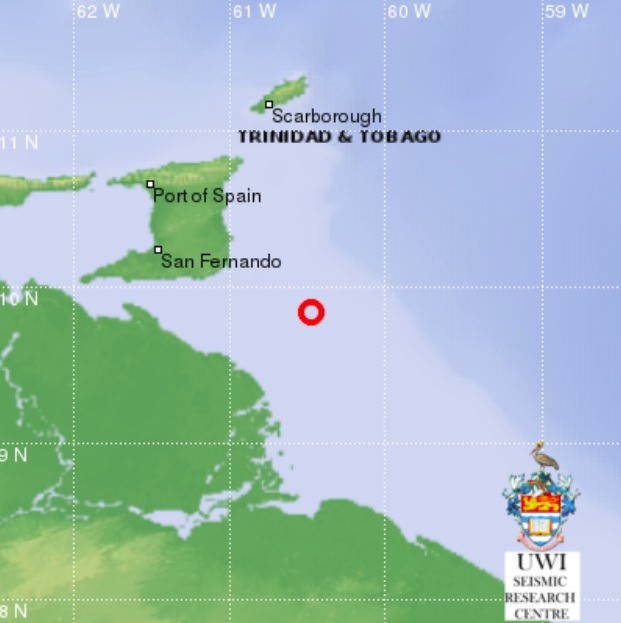 Trinidad and Tobago began November in the same manner as it ended the previous month with an earthquake rattling the twin island republic.

The Seismic Research Centre (SRC) of the St. Augustine campus of the University of the West Indies (UWI) said that an earthquake with a magnitude of 4.0 rattled parts of the country on Thursday at 8.40 am (local time).

It is the ninth tremor felt in as many days and the SRC said that it was located Latitude: 9.85N Longitude: 60.48W and at a depth of 30 kilometers (km).

There were no immediate reports of injuries or damage .

Seismologist and Acting SRC Director Dr Joan Latchman, has been warning Trinidad and Tobago and the wider Caribbean to be prepared for a major earthquake and that the various tremors in recent days are not nothing new.