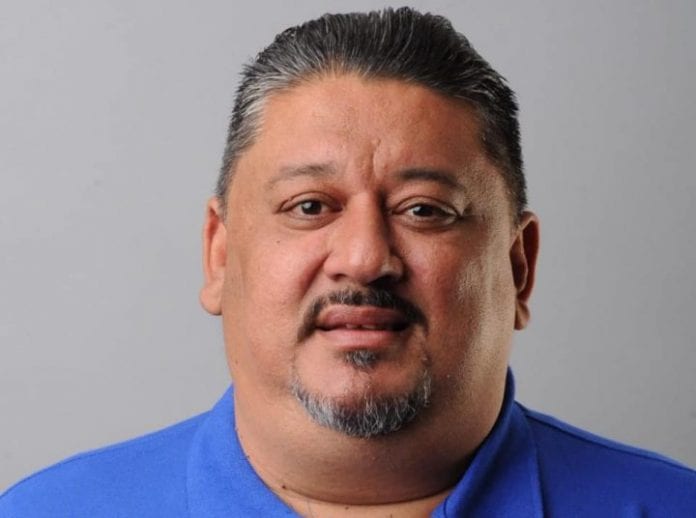 Recently elected Belize Member of Parliament for the Corozal Bay area, David Vega, has died after contracting the coronavirus (COVID-19). He was 47-years-old.

“It is with a sad heart that I inform the nation of the passing this morning of the Honourable David “Dido” Vega. David, known to us as Dido, would have been swearing the same oath as we did earlier,” Prime Minister John Briceño said Friday as new members of the Parliament were being sworn into office.

Briceño, who led his People’s United Party (PUP) to victory in the November 11 general election, said extended condolences to Vega’s family, the people of Corozal Bay and to the nation.

“The Honourable David Vega will be given a state funeral and all flags will be flown at half-mast over the entire country until the date of his funeral,” he added.

The 47-year-old career math teacher was intubated at a private hospital in Belize City last Saturday and despite hopes of recovery, he succumbed on Friday.

A moment of silence was observed by parliamentarians at the inaugural sitting of the House of Representatives and the Senate in Belmopan for the first-time area representative.

“He was an exemplary teacher, he reached out to a lot of young people. He was always concerned and wanting to do things for his community. This is a true story.

“The doctor that was attending to him told me that the last thing that Dido told him – because he knows the doctor; they are both from Corozal – he told the doctor. I have to get out of here, I have to go dig some drains because some people are flooding. That’s just the kind of man that Dido was. That he was about his family, about his community and about his country; always wanting to serve. But God had other plans for him and as much as it pains us and it hurts us, we accept it,” Prime Minister Briceno added.

Prime Minister Briceño, who earlier this week returned to work after contracting the virus, said that there will have to be a by-election, but does not know when it will be held.

“I have to sit down and see what the law calls for and the time and then I guess both parties will have to go through their convention period to be able to select a candidate.  But I wish not to speak too much about that,

“Honourable Vega just died and I think we need to honour him for what he has done.  He was an exemplary teacher and he reached out to a lot of young people.  He was always concerned and wanted to do things for his community.”

Vega is survived by his wife and two children.