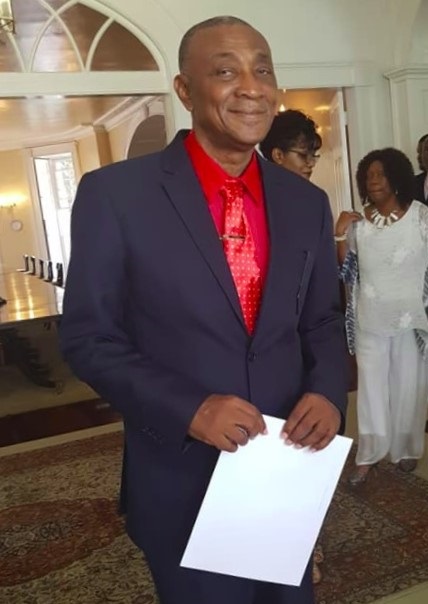 In an interesting twist, Bishop Joseph Atherley a member of the  victorious Barbados Labor Party (BLP), was on Friday sworn in as Opposition Leader, just one week after the general elections. He had resigned suddenly from the party on Thursday night.

“I have heard a lot of things said about my actions, and obviously it seems to be a shocking event to some. But, Let me tell you, it is not. And, contrary to rumors, it is not a reaction to any ministerial appointments made by the Right Honorable Prime Minister last week and the omission of myself.

“It is definitely not a reaction to that. I have indicated that to the Prime Minister and to my other parliamentary colleagues. It is definitely not a repudiation of the Barbados Labor Party platform or policies,” Atherley said, adding that he was part of those engaged in the formulation of the policies contained in the party’s manifesto. “I support those…it is not a reaction to any decision by her.”

However, he stated he believes tremendously in the importance of democracy, and that “everything must possibly be done to expand our platform of democracy,” he said, adding that he wants “to constitute that physical presence on the opposition benches.”

He said he would give “critical support to the party in office…to applaud them when they get it right, which I believe they will often, to put pertinent and pointed questions to them when necessary to keep them on their toes.

Prime Minister Mottley had last weekend noted that she was exploring the possibility of amending the Constitution to allow for the opposition party with the most votes to be able to nominate two members to the Senate. The move was seen as allowing the Democratic Labor Party (DLP), which formed the last government, of having a presence in the Parliament.

But Bishop Atherley, the head of the Evangelical Holiness Christian Community Church, said he would be appointing two senators soon.