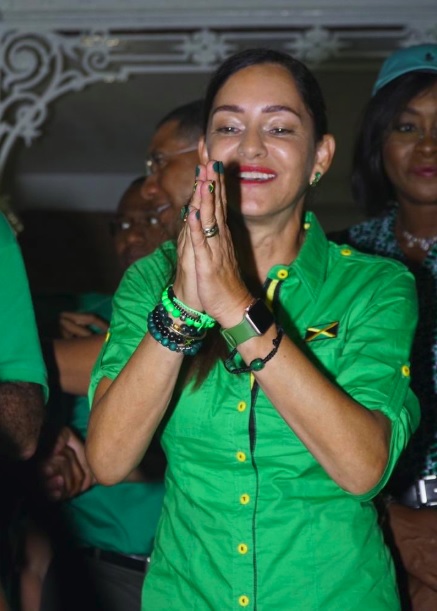 KINGSTON, Jamaica, –  By an extremely slim margin of 306 votes AnnMarie Vaz  representing the ruling Jamaica Labor Party (JLP) captured the seat in the constituency of Portland Eastern in a by-election on Thursday, ending the party’s 30 year political drought in the constituency.

With this victory, Vaz will be the first female member of parliament for Portland Eastern..

The PNP had held the Portland Eastern seat since February 9, 1989.

PNP brass and supporters find it painful and ironic that Crawford secured more votes than in the 2016 elections, nut nonetheless lossed in his bid to keep the seat for the PNP

The Electoral Office of Jamaica (EOJ), says in this by-election there were 36,215 eligible voters in the five electoral divisions of Portland Eastern and the polls closed with a 53.5 per cent voter turnout.

Portland Eastern was left vacant following the murder of the PNP’s Dr Lynvale Bloomfield on February 2.

PNP supporters are concerned about the future of the party with this loss being the third major loss since 2016, including the party’s razor-edge loss to the JLP in the 2016 general election and in a by-election in St. Mary last year.