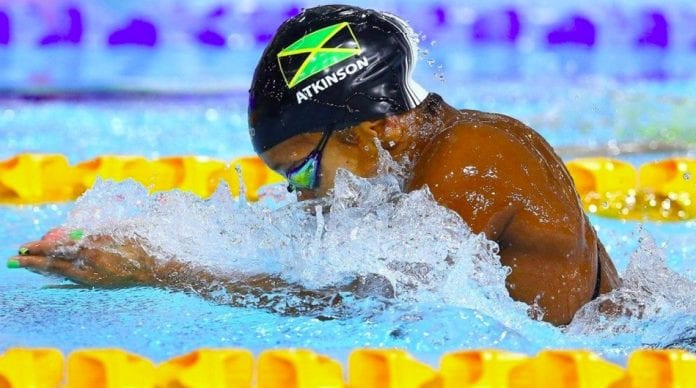 Jamaican and South Florida’s ace Olympic swimmer Alia Atkinson won a gold medal in the women’s 50-meter breaststroke event at the FINA Swimming World Cup that took place in the Netherlands on Sunday, September 30. Her winning time was 29.18 seconds. Her rival in the event Yuliya Efimova was second in a time of 29.50 and American Molly Harris third in 30.01 ses.

Competing in the 100-meter breaststroke the previous day Atkinson won the silver medal, as Efimova took the gold.

Atkinson, age- 30, is a resident of Hollywood, Florida, where she is a member of the South Florida Aquatic club.

Last August, she was included among Jamaican who were named to receive national honors as Jamaica celebrated its 56 year of independence. On National Heroes Day, October 16, she will receive the Order of Distinction (Commander Rank) from the Jamaican governor general at the annual awards ceremony at Kings House, the residence of the governor general.