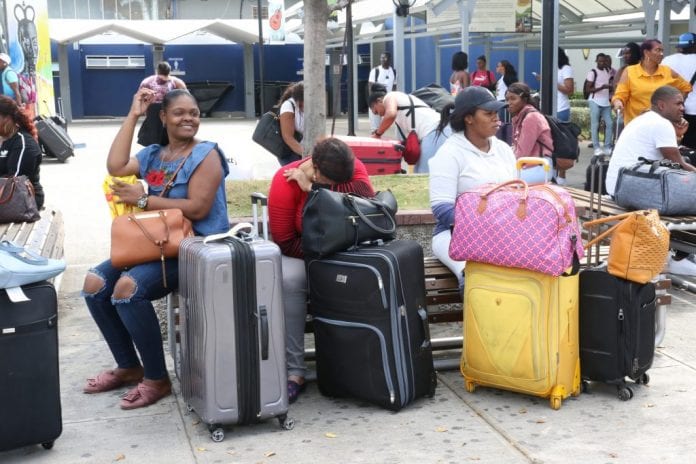 KINGSTON, Jamaica – The Jamaican government and other diaspora officials have provided assistance to Jamaican nationals that are currently stuck in the United States due to the travel restrictions of COVID-19.

Jamaican Ambassador to the United States, Audrey Marks, recently appealed to Jamaican seasonal workers to stay on their assigned properties, as official try to secure accommodations for them. In a statement on Facebook, Marks wrote:

“I am pleading with all Jamaicans who are currently on seasonal work programs here in the US to stay on your assigned properties. Though the properties are not currently operational, an agreement has been reached with the employers to secure accommodation for all workers during this time.” Seasonal workers are foreigners that come to the United States on a visa to work for a temporary period. As many businesses close their operations, seasonal workers are left with little guidance concerning what to do and where to go.

Jamaica is currently under an Emergency Order and all airports have been close to incoming passenger flights till April 7, which means Jamaican nationals that visited the US temporarily will have to stay put until the travel ban is lifted.

Marks further cautioned members of the diaspora to avoid going to the airports with the intention of trying to board a flight to Jamaica. “Yesterday [March 25] was a difficult day where we were faced with the task of transporting and finding accommodation for over 200 persons who showed up at various airports. Today more persons are showing up at airports trying to connect to Jamaica… There are No passenger flights to Jamaica!”, Marks wrote.

“I am calling on Jamaicans at home who have family members in the US to discourage them from attempting to travel at this time”, she said.

Meanwhile, the Jamaican government has had to rescue scored of other nationals that were stuck in an airport in Atlanta. More than 100 Jamaican hospitality workers turned up at the Hartsfield–Jackson Atlanta International Airport between March 24 and 25 to catch flights home but were left stranded.

Minister of Foreign Affairs, Kamina Johnson Smith said through cooperation among the Consul General in New York, in Miami and the Honorary Consul in Atlanta, housing arrangements were made to assist the stranded Jamaicans.