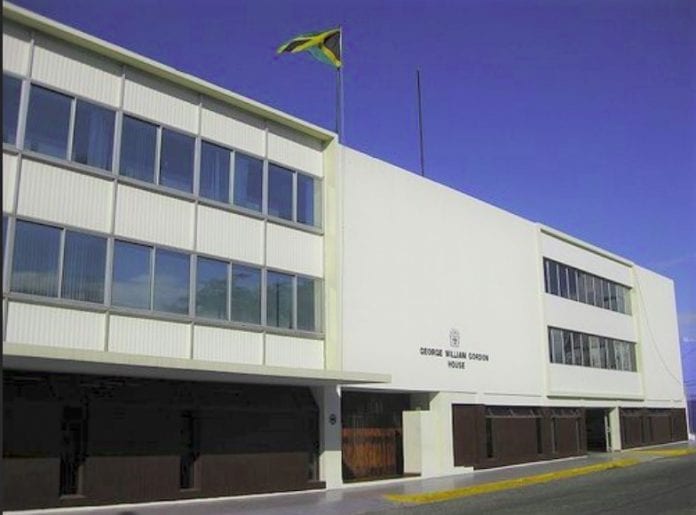 The Urban Development Corporation (UDC), on behalf of the Government of Jamaica (GoJ), recently announced the official launch of the Houses of Parliament Design Competition. The launch was held at the National Heroes Park on Thursday 17th May 2018.

The Competition, which runs from 17th May 2018 to February 2019, invites qualified and eligible Jamaican architects who are registered and licensed in Jamaica to submit their best representation of what the new Houses of Parliament should look like. The concept, according to the Competition Design Brief, includes a parliament complex to be located within the confines of the National Heroes Park nestled amongst passive recreational spaces, gardens and green spaces, requiring the entire multi-purpose site to operate as a cohesive cultural and heritage environment.

Prime Minister of Jamaica, Andrew Holness, during his keynote addressat the launch, said; “These discussions have been on the table for over fifty years, so today is truly a historic day for the redevelopment of downtown Kingston. Congratulations to the UDC; this is indeed a fitting milestone achievement to mark your 50th year anniversary.

“Just imagine, that in a few years from today, our National Heroes Park and the wider downtown area could be transformed into a vibrant, enviable, iconic destination that compares to anywhere in the world. We have an opportunity today to create a better, brighter Jamaica for tomorrow where our children and their children can proudly and comfortably live, work, raise families and do business. That’s the vision that this competition will help us bring to life.”

Prime Minister Holness also said; “The construction of the new Parliament Complex will have significant benefits to downtown both economically and socially, which simply cannot be quantified. We are therefore looking forward to forging strong private/public sector partnerships to ensure completion, success and sustainability of this project.

The Design Competition will be executed in two stages. In stage one, all entries will be assessed by the evaluation jury comprising of industry experts and professionals, who will select the top five entries to advance to stage two. In stage two, the finalists are required to work with a lead architect, who is registered with the Jamaica Institute of Architects, to prepare and provide fully-developed design plans and models following the guidelines laid out in the competition design brief.

Explaining a critical point in the design brief, Chairman of the UDC, Senator Richard Braham, said; “The King George VI Memorial Act allows for the allocation of up to 11.4 acres of space for the construction of the Parliament Complex within the Park out of the 50 acres available. This means, the vast majority of the space must be devoted to public use and green spaces, which is consistent with the design brief and which all competitors are expected to follow along with all other competition rules and guidelines.”

The top five finalists will all receive an award of J$2 million for advancing to stage two of the competition. The ultimate winner will be selected by the judges and announced in February 2019. They will be awarded a further cash prize of JA$5 million and will get the opportunity to work alongside the contractor as part of the implementation team. Second place entry will be awarded J$4 million whilst third place will be awarded J$2 million.

The construction of the Houses of Parliament Complex is a key step in the plan to re-develop downtown Kington. The vision for the wider project includes the construction of a Government Campus to fully transform the National Heroes Park and Downtown into a global iconic destination for locals and visitors and this competition marking the start of this journey.

Since the launch, there has been over 300 visits to the competition website and over 30 architects have completed pre-registration. Interested architects are encouraged to register their interest online at the UDC’s website from now to June 14th in order to officially enter the competition – no submissions are required at this time.

While teams may consist of persons from other nationalities, the teams must be predominantly Jamaican as this competition is opened to Jamaican architects living in Jamaica and the diaspora.