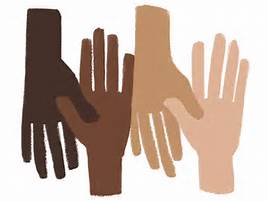 It’s ironic for a nation with a population that’s predominantly of dark or black complexion, Jamaicans tend to be preoccupied with the shade of their skin. The grand success, in an international beauty pageant, of a black Jamaican young woman wearing her hair in a natural, non-chemical processed fashion, brings focus to the subject of skin color in Jamaica.

The history of Jamaica, like other Caribbean countries, is characterized by the period of slavery. During the 17th to mid-19th century black men and women captured in West Africa were brought to Jamaica to work as slaves on sugar plantations. These slaves are forefathers of most of Jamaica’s population. However, alongside with the black slaves were laborers brought into the country from India and China. The economic and political power rested in the hands of white colonialists from England, and many years later a white merchant class joined the increasing racial eclectic society from places like Lebanon and Syria.

‘Browning’ of the masses

Not surprising, with people of different races living in a small country, the races interbred and inter-married.  The result was a peculiar mixed race, characterized by the “browning’ of the masses. The population was comprised of shades varying from dark black to ‘fair’ or very light skinned Jamaicans sometimes described as ‘mulattoes.’

It was most fitting that in 1962 as Jamaica sought its new attributes of pending political independence, the national motto selected was “Out of many, one people.” Translated, the motto means out of the varying races within Jamaica, there’s a unified nation.

While it’s true that Jamaica is a singular melting pot consisting of people of different races, and racism really isn’t a negative prevailing factor, the people are not exactly one. Often, the factors  prohibiting the ‘oneness’ referred to in the national motto are social class and skin color.

The two factors are, moreover, closely intertwined. It would be dishonest to not admit, although less prevalent today than in the 1960s, that the less dark one’s complexion is the more likely one is to advance in Jamaica’s social class.

In the 1960s and early 1970s to see a black skin Jamaican woman as a teller in a Jamaican commercial bank was a rarity. Those jobs went to lighter-skin, white, or Chinese women.

To this day, there are Jamaican families who frown upon a light-skin daughter or son taking a very dark-skin man or woman to be their spouse. It was not unaccustomed for parents to caution their sons and daughters not to marry someone they determined to be “too dark-skinned” because “the pickney dem will come out too black.”

The preoccupation with light skin color was very evident in Jamaican beauty pageants. Invariably, winners were light skin, long/straight hair women with Caucasian features. It was not until 1968 that the first black woman, the late Karlene Waddell, won the Miss Jamaica title, and her hair was long and processed. Very few dark complexion women have won either the Miss Jamaica World or Miss Jamaica Universe titles since.

Unfortunately, unable to enter certain class categories, or lacking confidence in their color to get certain jobs, some dark skinned/black Jamaicans have adapted the current trend of bleaching their skin with chemicals to look “whiter.” An informal commercial sector is functioning in Jamaica with people offering a variety of dubious, health-risky, products purported to be able to lighten dark skin.

It is against this background that the positive response from Jamaicans to the success of dark-skin Davina Bennet wearing an Afro hairstyle in Miss Universe seem very interesting.  Although the Afro is reemerging as a trendy hairstyle, it’s doubtful if it’s acceptable in main-stream Jamaican society as in the 1970s during the Black Power movement. Some Jamaicans were even critical of Davina competing with an Afro, doubtful she would advance.

Now, Davina is being hailed for her determination in competing in the popular pageant with an Afro. It’s hoped the thrill over her success will be motivation for more dark-skinned Jamaicans, men and women, to be proud and confident of their skin color. It’s also hoped lighter-skin Jamaicans who hailed Davina’s achievement will become more respectful of darker-skin Jamaicans in all aspects of Jamaican society.