Jamaica to ship bananas to Trinidad and Tobago on Monday 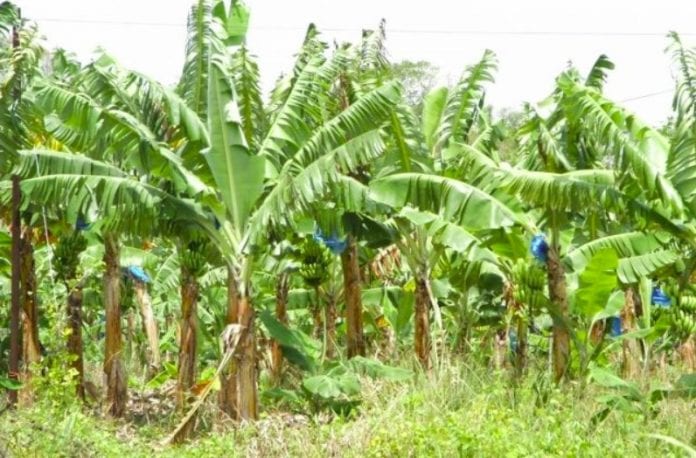 Jamaica will begin exporting bananas to Trinidad and Tobago on Christmas Day, the first of weekly shipments to that country.

The Jamaican government says the shipment of bananas to Trinidad and Tobago on Christmas Day is in keeping with the thrust to enter new markets, beginning with those in the 15-member Caribbean Community (CARICOM) grouping.

“We have to start by working within our community, and CARICOM is an extended local market, so we are learning what we have to learn (by) being competitive within our domestic market,” Industry, Commerce, Agriculture and Fisheries Minister, Karl Samuda said as he inspected the estimated 36,000 pounds of the fruit destined for the oil-rich twin island republic.

Monday’s shipment will be the first of weekly shipments to Port of Spain over the next six months and Samuda said he is buoyed by the shipment, which represents the government’s work to re-develop the banana industry and boost exports.

Praise for Jamaican Banana Board and farmers

“This export to Trinidad is very encouraging, and I am extremely pleased with what I see and the level of efficiency in the packaging,” he said, praising the Banana Board, farmers, and other stakeholders.

“It’s the beginning of a long road and there are challenges along the way… but you have the ability to overcome those challenges,” He said as the bananas, in 900 boxes were placed into the container on the compound of the Agriculture Export Centre (AMC Complex).

General manager of the Banana Board, Janet Conie, said she is pleased that Trinidad and Tobago is a new market for Jamaica’s bananas, which will be receiving a Global Good Agricultural Practices (GLOBALGAP) certified product.

GLOBALGAP is an internationally recognized set of farm standards. This certification is reassurance that food reaches accepted levels of safety and quality, and has been produced sustainably, respecting the health, safety and welfare of workers, the environment, and in consideration of animal-welfare issues.

The government says it has been working to consistently increase the exportation of bananas through the Banana Export Expansion Program, which is geared towards increasing banana production with international standards, and developing the industry through technical and infrastructural support.