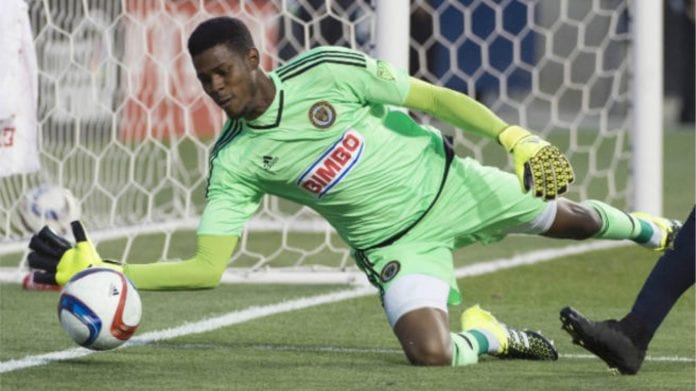 Reggae Boyz captain and outstanding goalkeeper Andre Blake was denied a move to the English Premier League (EPL) due to Jamaica’s FIFA ranking. According to reports, EPL clubs Brighton and Crystal Palace made bids for the Philadelphia Union shot-stopper but Blake doesn’t qualify for a work permit in the United Kingdom because the Reggae Boyz fall outside of the required top 50 ranking.

Players who play regularly for countries ranked in the top 50 of FIFA’s rankings automatically qualify for work permits to play in England. However, Jamaica is ranked 61st in the world and hasn’t been in the top 50 since 2005 when the country was 42nd under then head coach Wendell Downswell.

Read More: Reggae Boyz Andre Blake back between the sticks for Jamaica

UK work permit restrictions tightened in 2015 which forced national players such as midfielder Rudolph Austin to find clubs outside of England’s top divisions.

Blake who is one of the top goalkeepers in the US Major League Soccer (MLS), had an impressive campaign in the CONCACAF Gold Cup where was he was named goalkeeper of the tournament.

Blake’s Reggae Boyz teammate Kemar Lawrence who is the starting left-back for the New York Red Bulls,also planned to moves in the English Premier League and English Championship.