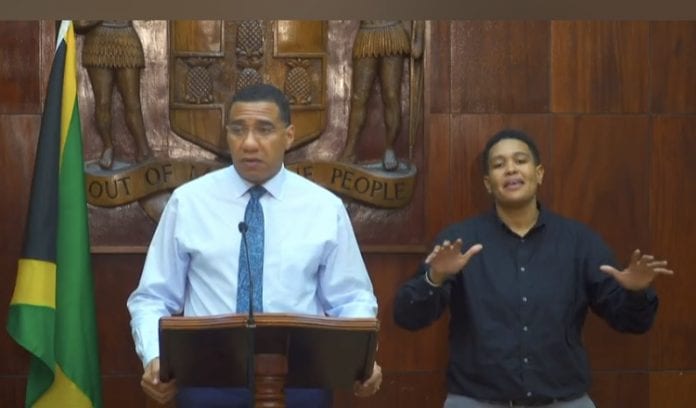 KINGSTON, Jamaica – The government of Jamaica has confirmed that the country has recorded its second imported case of the Coronavirus.

According to Minister of Health and Wellness, Dr. Christopher Tufton the patient is a Jamaican female employee at the US Embassy in Kingston who visited the UK recently and returned to Jamaica on Sunday, March 8.

The employee is now in isolation, while some US Embassy staffers in the Consular Section have been advised to self-quarantine for the next 14 days.

In a statement, the US embassy stated: “Our Consular Section will not be providing routine services – including visa processing and American citizens services – until further notice. U.S. citizens who require emergency assistance should call 876-702-6000.”

The government of Jamaica has signalled for the potential closure of schools, should it become necessary. Other educational institutions, like universities, have moved physical classes to online. In a press conference, Prime Minister Andrew Holness said the government was in support of this move.

With two patients from the UK now confirmed with the virus in Jamaica, there have been called for the UK to be included among the list of banned countries.

Tufton, in a radio interview, said, “The UK is definitely a cause for concern. The two cases we have had [in Jamaica] are linked to the UK. The risk assessment of the virus and countries has to bear in mind other considerations such as trade with these countries. We get most of our food imports from US.”

The government has also placed a ban on large public events for the next 14 days. Holness said that all already-issued permits for events slated for the next 14 days are now revoked. He also encouraged social distance during meetings or large gatherings.

COVID-19 was earlier declared a pandemic by the World Health Organization. There are now seven people in isolation in Jamaica, including the two positive cases. The results of the other five people will be known tomorrow. The ministry of health says a total of 38 people remain in quarantine.