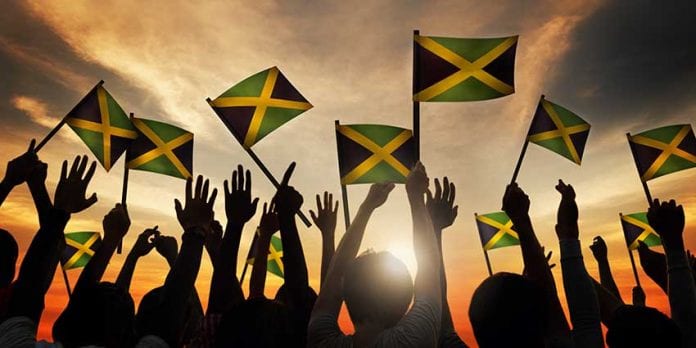 KINGSTON, Jamaica – Jamaica is observing its 58th anniversary of political independence from Britain and although the country is in the midst of a pandemic, the leaders have reminded Jamaicans at home and in the Diaspora, that there is much to be thankful for.

In his message, Governor General Sir Patrick Allen said that the commemoration of another milestone in the nation’s history provides an “invaluable opportunity for us to reflect and recommit ourselves to the continuous all and crucial task of nation building.”

‘The COVID-19 pandemic which hit our shores in early March has our lives and the way we teach, socialize, work, conduct business, worship and even celebrate milestones like our cherished Independence. This however is a time of social, physical, and financial uncertainties….”

The Governor General offered condolence to those at home and in the Diaspora “who have lost family members, and wish a speedy recovery for individuals who have suffered the effects of this virus.”

He also praised the frontline workers – “We are grateful for the swift response of the Government, especially the Ministry of Health, and its cadre of health professionals, other health providers, frontline workers, and security personnel, for providing information and resources to tackle this difficult situation so far. I also thank each one of you for exercising your ‘duty of care’ in following guidelines issued and assisting each other to get through this challenging time together.”

Prime Minister Andrew Holness, in his message to celebrate the nation’s independence urged Jamaicans not to be complacent in the wake of the pandemic as a “new Jamaica is emerging”.

“Together, we have done well in managing the crisis, through the hard work of thousands of frontline workers and the support and cooperation of most Jamaicans.We cannot afford to become complacent now. We are still at risk.”

While adding that the pandemic has had a severe impact on lives and livelihoods, he said there are some “green shoots”.

“Our collective efforts in fiscal, monetary and structural reforms, reducing debt, increasing foreign exchange reserves, restoring macroeconomic stability as well as our fiscal overall performance have put us in a much better position to enable us to recover stronger.

“As a Government, despite COVID-19; we remain committed to making this, the Decade of Growth for Jamaica to anchor our peace, prosperity and resilience.”

Meanwhile, leader of the main opposition People’s National Party (PNP), Dr. Peter Phillips also added his voice by thanking the frontline workers for their sacrifice and efforts to save lives.

“We must remain vigilant in the days ahead, as this pandemic is not over. As we reopen our economy, we must do everything to protect the health of our people.Despite the enormous challenges, we have so many achievements for which we can be thankful and proud.”

Phillips also noted that this Independence Day is the final before another General election – “and we are confident that Jamaicans will behave consistent with our highest democratic traditions.”

He also pointed to the impact made by Jamaicans on the global community.

“Reggae music has influenced every continent of the world. Millie Small, Bob Marley, Marcia Griffiths, Jimmy Cliff, Shaggy, Sean Paul, Chronixx, and Koffee are among the many who have made a lasting impact.Just recently, Dancehall Icons, Beenie Man and Bounty Killer made waves with an on-line performance watched by nearly half a million people.That is the power of our culture!”

“Our athletes have established themselves as the best in the world.Our culture, our language, our food, our way of life, has caught the imagination of the world.As Buju Banton tells us in his winning festival song –

“No matter where in this world I go I am a Jamaican. Beautiful smile, Godfearing people, known across the world.”