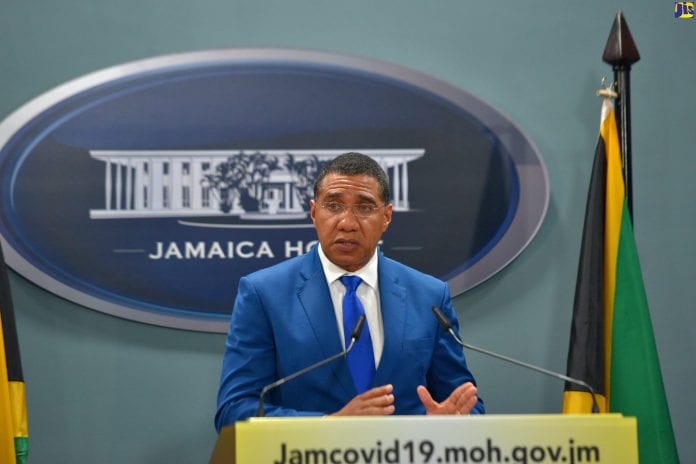 After reporting 30 new COVID-19 cases yesterday, one of the highest single-day reports for the island (not linked to the Portmore call center), Jamaica is beginning to show signs of a second wave of the virus.

The total number of cases in Jamaica has now reached 958. There are 149 active cases under observation, including seven moderately ill persons.

At the center of the new spike is a pastor who recently travelled from overseas and disobeyed quarantine orders to officiated services with no restrictions.

According to the prime minister, a majority of the emerging cases have been linked to the pastor. “The churches, in general, have, by and large, supervised themselves, and many of them have put in place measures over and above what we have put in the Disaster Risk Management Act,” he said.

Earlier Thursday, a quarantine was also imposed in Sandy Bay, Clarendon. He said the quarantine would last for 14 days.

The prime minister further noted that the statistical trend line is heading towards a threshold that could cause another lockdown of the country’s borders and the economy.

Holness is expected to announce tighter COVID-19 restrictions, as the government is now desperate to get the situation under control in the country. With an election due in a few months, it would be difficult for the island to go to the polls while dealing with a second wave of the virus.

The entertainment sector is expected to be affected by new orders in the wake of news last week that approximately 700 events occurred without the required permits and state oversight.

Attendance at beaches and rivers is also expected to be affected by the new orders.