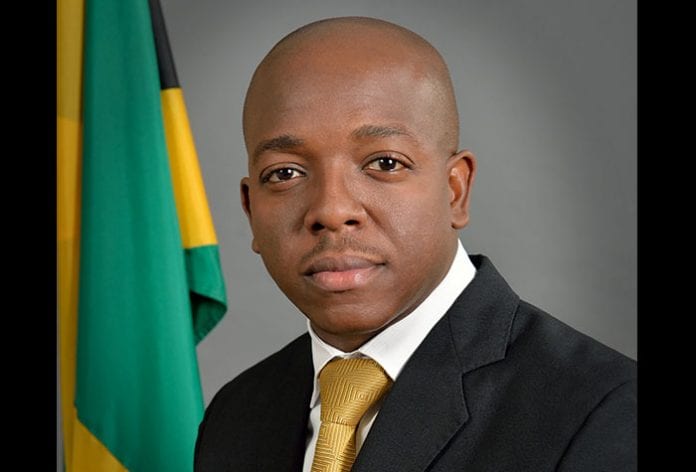 Jamaica has become the first country in the world to begin the process of developing a predictive and climate-risk assessment planning tool for major infrastructure, under the global private sector-led Coalition for Climate Resilient Investment initiative.

Minister of Housing, Urban Renewal, Environment and Climate Change Pearnel Charles Jr. in his presentation to the house of representatives announced that Jamaica will begin testing its climate predictive system in June.  He noted that  Jamaica’s geographical location and heavy dependence on natural resources left the country vulnerable to the adverse effects of climate change, emphasizing the need for increased awareness, preparedness prediction and warning systems considering the risks posed by the changing climate at present.

The testing will allow the Government of Jamaica (GOJ)  to be proactive in making the necessary improvements to infrastructure and implementing protective measures to limit the impact of natural disasters on the most vulnerable areas of the country. It is also expected to lower the impact of climate change on the island’s infrastructure and lessen the post-disaster recovery period.

He said that strengthening climate resilience and environmental health remains a priority as the Ministry and its agencies continue to advocate for and promote policies and laws that govern and protect the environment.

Minister Charles informed the House that the policy will promote “green investments as a crucial element of the post-COVID-19 recovery. The strategy will support the National Investment Policy being developed by the Ministry of Industry, Investment and Commerce”. He noted the 2020/2021 financial year as being fruitful, citing “significant” progress in advancing a number of environmental policy instruments and programmes. One such is the Green Economy Investment Strategy for Jamaica, which will be finalized shortly.

Also in its final stages, is the National Policy for Environmentally Sound Management of Hazardous Water, which is aimed at reducing the harmful effects of hazardous waste on human health and the environment. The measure addresses the management of non-infectious medical waste, which will be particularly important in responding to the COVID-19 pandemic.

Climate Change continues to be a source of concern for governments and peoples across the world as experts have warned of increased temperatures and erratic weather conditions.

Climate change has resulted in several issues that negatively impact Jamaica and other small islands. This includes the increased frequency and severity of hurricanes and tropical storms, which have resulted in damage to infrastructure and loss of lives. Similarly, there is also an increase in the length of drought periods which severely impacts agriculture, a significant contributor to Jamaica’s economy and food supply.

The rise in sea levels and coastal floodings and the increased likelihood of storm surges could have life-threatening implications for tourism markets, communities, and build-up areas along the coast. Considering the current and prospective impact of climate change, this is a welcomed initiative.

Jamaica has long been a champion of environmental preservation. In recent years,  the island has implemented a ban on single-use plastic bags, styrofoam boxes, straws, and other single-use plastic waste. At present, Jamaica is engaged in its three million trees in three years campaign, which is an initiative to combat the effects of deforestation by replanting trees.