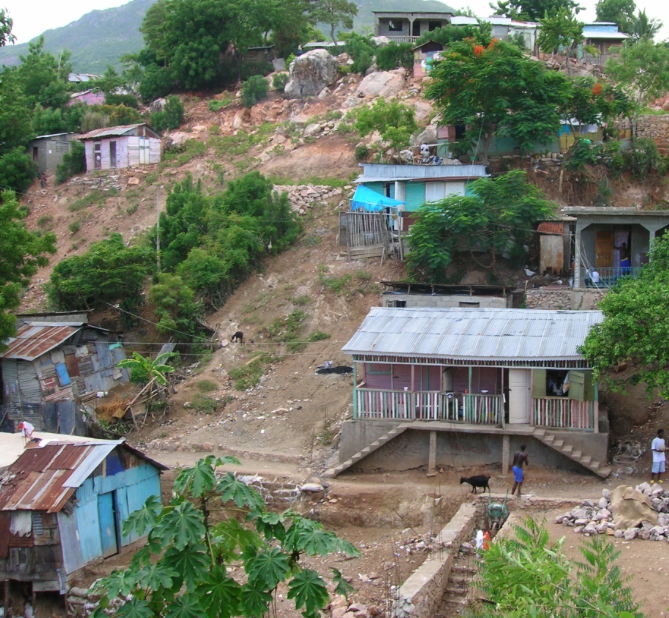 Approximately US$1.8 billion would be needed to end poor housing conditions currently endured by 1 million residents in The Bahamas, Barbados, Guyana, Jamaica, Suriname, and Trinidad and Tobago, according to a new Inter-American Development Bank report, The State of Housing in Six Caribbean Countries.

The report, which analyzed the implementation of social housing programs in the Caribbean from 2000 to 2015, underscores the importance of housing to achieve the Sustainable Development Goals (SDGs) and the larger agenda in poverty alleviation, economic development, and climate resilience.

Rapid urbanization has created a housing deficit in Caribbean, prompting a large share of the population to live in informal settlements that are disproportionately affected by landslides, flooding, and storm surges, the report says. Moreover, the absence of efficiently functioning land markets, inaccurate property registries, and land disputes have compounded the problem and slowed the pace of housing programs.

“Improving housing conditions in the Caribbean can have large impacts on poverty reduction, improving lives of a significant share of the population,’’ said Michael G. Donovan, IDB Senior Housing and Urban Development Specialist, one of the authors of the study. “The IDB and the Caribbean have been working together on several projects to help solve this challenge. However, more needs to be done. With this book, we expect to help the region develop a comprehensive urban agenda so countries can achieve their sustainable development goals.”

The study says that Caribbean governments need to incorporate into their social housing programs measures to protect homes against rising sea level because half of the population in the region lives within 5 kilometers from the coastline.

“As the Caribbean urbanizes, it will be also critically important to incorporate risk reduction into the location and design of social housing,” said Pauline McHardy, Jamaican Urban Planner, another author of the report.

According to the report, several housing ministries in the region are adopting new designs to increase the resilience of coastal housing, improving building codes and ensuring that floor levels of social housing are above recorded flood levels. Elevating homes in flood-prone areas saves $15 for every $1 invested because governments do not need to rebuild infrastructure.

Supporting the Caribbean to confront urban challenges and increase economic vitality of cities is central to the Bank’s mission in the region. The IDB has provided over US$700 million in long-term financing to support urban programs in the Caribbean since 1968.