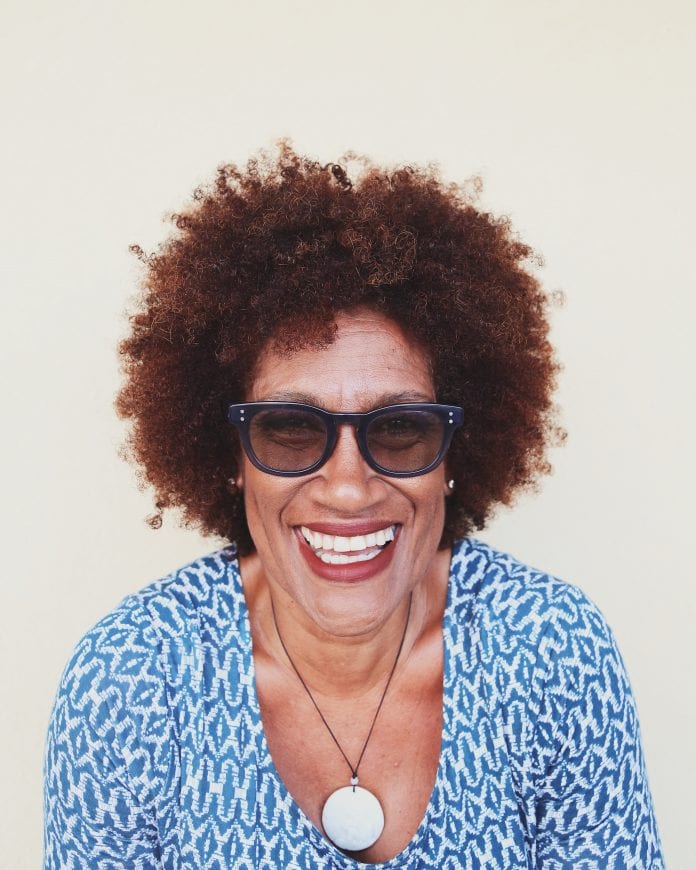 Pat Wright is long known in Jamaica as a celebrated veteran hairstylist and fashion designer. In recent years she has added the titles of raw food restaurateur and author to her portfolio. Despite her many career accomplishments, Wright’s biggest feat has been conquering cancer five times over the course of 40 years.

“In 2013, doctors told me that I’m the only five-time cancer survivor in the Western Hemisphere,” Wright says, explaining that unlike most people whose cancer spreads or metastasizes to other areas of their body, her cancer diagnoses have appeared been brand new each time.

Wright has had colon cancer twice, bone cancer once and breast cancer twice. She received her first diagnosis at the age of 24, and now 66, has spent over 40 years battling the disease at various stages throughout her life.

So, what has been the key to her ability to conquer the deadly disease, not one, but five times?

In order to both heal from cancer and keep it from returning, Wright says she has found that shifting the way she eats has been of utmost importance.

In an interview with the Jamaica Gleaner in 2015, Wright explained, “The first thing you have to do is eat properly. It’s hard yes, and we are bombarded by processed foods, but we have to build up our immune systems because we fight with our immune systems.” Her healing protocol, she says, includes a diet of 100 percent raw foods.

A raw food diet consists of fresh, uncooked vegetables, fruits, nuts and seeds, only. In addition, Wright explains that eating unprocessed and organic foods are imperative, steering clear of the chemical-laden foods that dominate the modern day diet.

Many cancer survivors around the world attest to the power of a raw food diet in healing the disease. This natural way of eating is said to detoxify the body, while optimizing nutrient consumption. By ridding the body of toxins and supporting it with nutrient-rich foods, the immune system is strengthened, and the body is able to heal itself.

She also suggests staying away from sugar, and notes that rice is also processed in the body as sugar, so it’s to be avoided too.

Wright says that she has adhered to a strict raw food diet for many years, and has used the diet to heal herself. Though she will still have a 100 percent raw food diet when she’s feeling off, for maintenance, however, she eats raw most of the time, but allows herself to have regular food every once in a while.

“It isn’t that eating meat is the killer,” Wright says, “It’s the hormones, antibiotics and chemicals in the meat that is the problem.” She says that if you’re going to eat meat while battling cancer, she suggests eating only organic, and also staying away from cooking oils.

Along with changing the way you eat, Wright also says that she tries her best to avoid environmental toxins by ensuring her personal care products are natural and chemical free. “I’ve changed everything from my makeup to washing detergents,” she shares.

But, according to Wright, “Before food, stress is the number one factor that causes cancer to bloom in your body.”

“I’m not talking about the everyday, ordinary stress like work. I’m talking about things that are bothering us subconsciously. Most people don’t even know what it is that’s causing them stress on a deep level,” she says. For her, she believes that being an adopted child – with her first memory being of rejection – is the wound that has fueled her propensity for cancer.

But, how does one heal such deep wounds? Wright doesn’t believe you ever fully can. “Just live,” she says. “There are things that you go through that you aren’t going to get over. You have to just live in gratitude.” Forgiveness and gratitude are also key to healing, she notes. For her own healing, she says she has learned to forgive her mother, which she admits took many years.

In 2015, Wright opened a raw food restaurant in Montego Bay called Wrightlife Live Food Eatery. Late last year she also opened a raw food kiosk at Devon House in Kingston. Wright is the author of The Wright Life, a book, available on Amazon, that dives into her journey of beating cancer many times. She is also an avid health and wellness advocate.