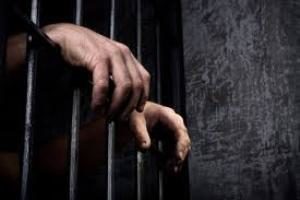 In St Vincent, a High Court judge has sentenced a Cassell Lavia, who knew he was HIV positive when he raped a nine-year-old girl in March 2018, to more than 22 years in jail.

Justice Brian Cottle imposed the 22 years and ten months jail term on 46-year-old Lavia after a jury on May 6, returned unanimous guilty verdicts on one count of unlawful sexual intercourse and two counts of indecent assault of the child.

The judge sentenced Lavia to two years and four months on each count of the indecent assault charges but ordered that they run concurrent to the longer sentence.

The St Vincent High Court heard that on March 7, 2018, the child was molested by Lavia over a two-day period and threatened her not to tell anyone.

But she informed her father and her class teacher, who then reported the matter to the principal and the police.

During his interrogation, Cassell Lavia admitted interfering with the child, but said he had not penetrated her. He told investigators that he knew he was unwell and did not wish to infect the child with his illness.

A doctor, who examined the child, reported no evidence of internal trauma.

In mitigation, Lavia, who did not have a lawyer, told the court that he was sorry and apologized for his actions.

“I do not know what you gonna sentence me or how many years you are gonna give me imprisonment,” he said.

The judge in handing down the sentence said he noted that Lavia did not benefit from secondary education and had been working as a landscaper and gardener.

He said unlawful sexual intercourse with a girl under the age of 13 carries a maximum penalty of life imprisonment and that the crime committed on the nine-year-old child is a category one, or exceptional, offense.

The judge said the child’s parents had trusted Lavia to treat her as if she were his own and he had taken steps to prevent the girl from reporting the crime.

Justice Cottle said Cassell Lavia is infected “with a serious sexually transmitted disease” and that the victim impact report indicated that he knew that he was HIV positive at the time of committing the crime.