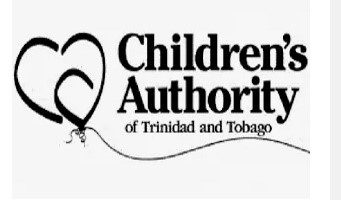 The Trinidad and Tobago government says it will continue to provide the necessary resources to ensure the well-being and upkeep of the children amid calls in the public domain for the closure of unlicensed Homes and Community Residences.

Prime Minister Dr. Keith Rowley said that the Children’s Authority of Trinidad and Tobago, under whose remit this responsibility falls, is in communication with the management of these facilities with regard to addressing the issues hindering the licensing process.

“In the interim, whilst these Homes and Community Residences accommodate wards of the state, any responsible government will continue to commit to provide the necessary resources to ensure the well-being and upkeep of the children,” he told a news conference.

He said his government remains committed to finding solutions to the myriad of social issues faced by the population, “child abuse being one of the most critical as it involves our children, who in many instances, have little or no voice in the situation”.

He said that whilst the government has accepted the report of an independent investigative team into the “long-standing problem of abuse of children at Children’s Homes, Rehabilitation Centres and other similar institutions,’ as responsible citizens “we are also disheartened by it.

“We are satisfied that the objective of the exercise was met, the determination to ‘get to the bottom of the matter’ so as to better understand it and treat it appropriately. We assure the population that as a government we remain resolute in this objective and with the support of all stakeholders, will continue to ensure that continuing action is taken to strengthen the country’s child protection systems in keeping with our national and international commitments”

Rowley recalled that in June last year, his administration had agreed to the conduct of an independent investigation into the situation at children’s homes. He said an 11–member Investigation team headed by retired Justice Judith Jones was appointed to conduct the Investigation within a four-month timeframe.

“This decision was contingent on a number of factors.  Cabinet noted that over time, the issue of child abuse at these institutions had emerged, culminating in unsettling allegations of significant abuse of children housed at several Children’s Homes and a Child Support Centre.

“These allegations, some of which were published in all three major newspapers and on television stations, claimed abuse and allegations of child abuse at state-funded facilities.  The full nature and extent of the abuse of children at these institutions were largely unknown even though it was widely believed to be substantial and disturbing.”

Rowley said that in March last year, the government received the report on the sequence of events that led to five boys absconding from the Child Support Centre (North) under the remit of the Children’s Authority of Trinidad and Tobago.