Hillary for Florida Launches Souls to the Polls on Sunday, Oct 30 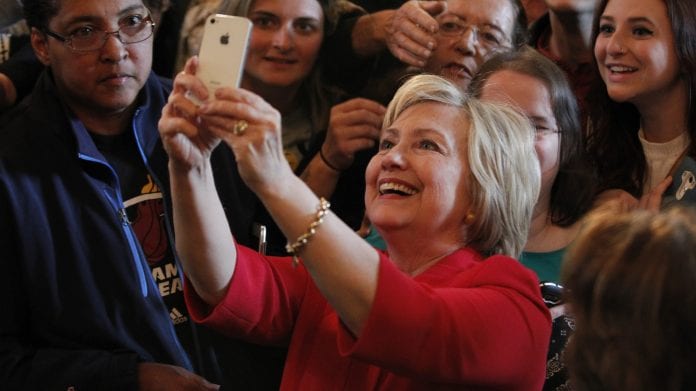 Hillary for Florida Launches Souls to the Polls on Sunday, Oct 30

This Sunday, October 30, the Hillary for Florida campaign launches its Souls to the Polls program to encourage voters, community members and churchgoers to take advantage of early voting.

With indications through returned mail-in ballots and early voting since October 24 that more people are voting in this presidential/general elections election than any in history, Souls to the Polls speakers from the Clinton campaign will address voters at several venues in an attempt to outline the stakes of the election, pointing to Clinton’s words in the final debate that, “It’s really up to all of us to demonstrate who we are and who our country is and to stand up and be very clear about what we expect from our next president, how we want to bring our country together, where we don’t want to have the kind of pitting of people one against the other, where instead we celebrate our diversity, we lift people up, and we make our country even greater. America is great because America is good.”

The campaign has assured all Souls to the Polls events will take place at least 100 feet from designated early  voting sites.

In North Miami former US Congressman Kendrick Meeks of Miami will host a Soul to Poll event at the Carrie Meek Senior Citizen and Cultural Center at 1350 NW 50th Street.

Early voting continues until 7:00 pm on Sunday Oct 30, and all week from Monday Oct 31 to Sunday November 6.