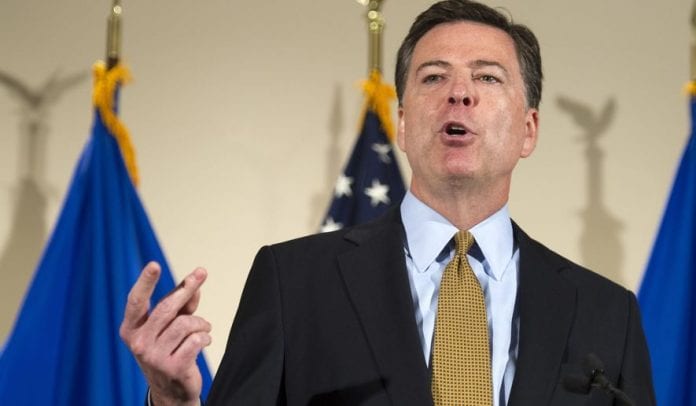 In a press conference on Friday evening, some six hours after FBI Director James Comey created his version of the presidential election, “October Surprise” in a letter to Congress indicating the FBI planned further investigation into emails sent from Clinton’s computer server during her tenure as Secretary-of-State, Clinton called on Comey to release the new set of emails the FBI found.

In his letter, Comey wrote the FBI discovered “existence of emails that appear to be pertinent to the investigation” into Clinton’s handling of sensitive material on her personal server.

As this breaking news developed, with Republican presidential candidate Donald Trump pounding new criticisms against Clinton over the email issue, and making a full turn around to praise the FBI who he had previously been critical of, it was learned the new batch of emails were discovered on electronic devices belonging to longtime Clinton aide Huma Abedin and her estranged husband, Anthony Weiner.  These emails did not come from Clinton’s private email server.

Weiner is a former congressman from New York, who is currently being investigated by the FBI on sexting charges related to an underage teenager. The new emails that has attracted the FBI interest in the Clinton case were sent and received from a lap-top computer shared by the Weiner’s.

Part of Comey’s letter read. “In connection with an unrelated case, the FBI learned of the existence of emails that appear to be pertinent to the investigation. I am writing to inform you that the investigative team briefed me on this yesterday, and I agreed that the FBI should take appropriate investigative steps designed to allow investigators to review these emails to determine whether they contain classified information, as well as to assess their importance to our investigation.”  Comey also indicated he could not say how long the investigation of these newly found email would last.

Some political analysts and most supporters of the Clinton Campaign question why Comey has so forcefully impacted the presidential campaign with just 10 days to Election Day.

Addressing the press conference in Des Moines, Iowa, Clinton said, “FBI Director Comey should immediately provide the American public more information than is contained in the letter he sent to eight Republican committee chairmen….. We don’t know the facts, which is why we are calling on the FBI to release all the information that it has. Even Director Comey noted this new information might not be significant, so let’s get it out.” Clinton said she’s “confident” the results of the renewed investigation will “not change the conclusion reached in July.” The conclusion the FBI reached was Clinton had not acted criminally in using the private server.