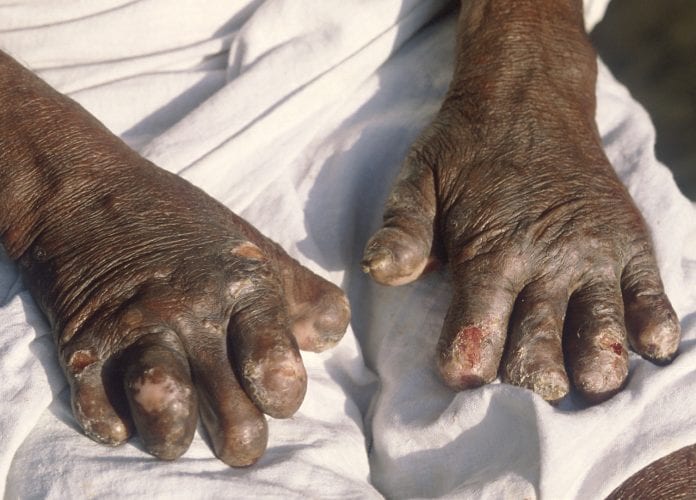 Health officials in Haiti have reported an increase in cases of leprosy across the country.

According to figures revealed in a document produced by the Ministry of Public Health and Population, there are currently 50 cases – two of them being minors.

The report, produced jointly with the World Health Organization (WHO), says a 14 year old girl  affected by the disease has developed a disability that manifests by a limitation of motor skills in the arms and a six year old  girl has been plagued with several skin lesiones.

“The case of these two girls worries the authorities who believe that we must strengthen the campaign for the eradication of this disease conducted for more than 60 years. “It’s quite relevant because these two children diagnosed with leprosy have to grow up and enjoy their lives,” said Dr. Madge Dorcelus of the National Leprosy Control Program,

Dorcelus disclosed that the Ministry is planning to build a national strategic plan before the end of  this year , this will also include Physio-therapeutic support.

While adding that the situation of Haiti in the face of leprosy is not catastrophic, she said the stigma associated with leprosy remains an obstacle to ending transmission as affected individuals are often reluctant to be diagnosed or seek help.

As a result, the Ministry is putting in place a vast awareness campaign to prevent transmission, to raise the awareness of the affected person, to prevent acute cases and cases of disability developed as a result of leprosy.