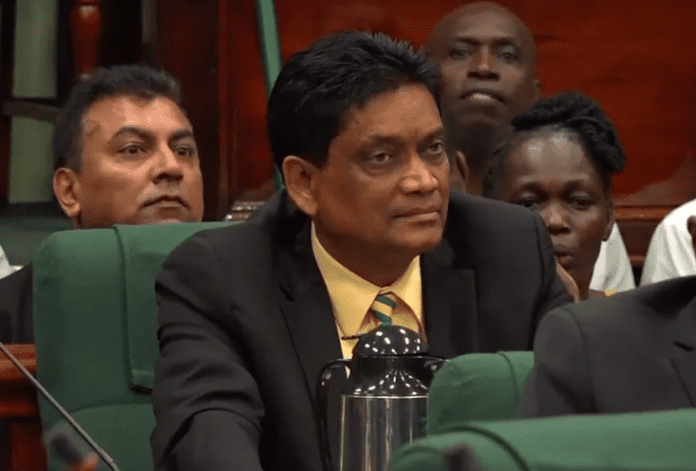 GUYANA – Charrandass Persaud, whose vote toppled the then ruling A Partnership for National Unity and Alliance For Change (APNU+AFC) administration in 2018, has been accredited as Guyana’s new High Commissioner to India.

The government in a statement said Persaud, who had supported the then opposition People’s Progressive Party/Civic’s (PPP/C) motion of no confidence in the David Granger government, presented his credentials to India’s President Ram Nath Kovind on March 18 in India.

Persaud, a then government backbencher, voted with the opposition PPP legislators to win the no-confidence motion in the 65-seat National Assembly after several hours of debate.

The APNU had won the 2015 general election by a slender one-seat majority and despite repeated urges by fellow parliamentarians to change his vote, Persaud declined.

Persaud fled the country for Canada after his vote and returned last October, a few months after the PPP/C was declared the winner in a controversial election, the results of which are still being challenged by the APNU-AFC.

The government statement quoted President Kovind as saying that India enjoys warm and friendly relations with Guyana as their ties are deeply rooted in a common vision of peace and prosperity.

India was among the first countries to establish diplomatic relations with Guyana after it gained independence on May 26, 1966.