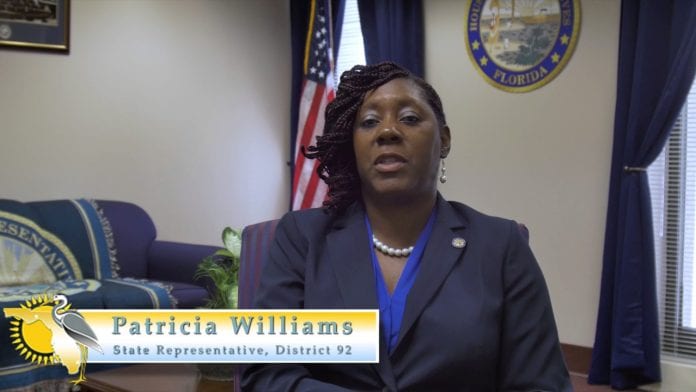 “As an early learning professional, Representative Williams is uniquely positioned to contribute to the Cabinet’s efforts to ensure all children in Florida grow up safe, healthy, educated and prepared to become future leaders,” Speaker Oliva said in a statement.

In addition to her former career as the director of an early learning center, Representative Williams has made caring for children her life’s work. She has three children, three grandchildren, and has been a foster parent to over a dozen kids.

“If you’re not at the table, you’re on the menu,” said Representative Williams. “Black and brown children haven’t been at the table. They need to be heard and involved in the decision-making process, beginning at the top.”

Guardian ad Litem Executive Director Alan Abramowitz, a longtime member of the Cabinet, said Representative Williams has brought her advocacy for inclusion to the Guardian ad Litem Program. “She knows children’s issues inside and out, and she’ll bring passion as well as experience to her new role,” Abramowitz said.

Representative Williams was first elected to the House in 2016 and reelected in 2018.  She had previously served as vice mayor and city commissioner for the City of Lauderdale Lakes.