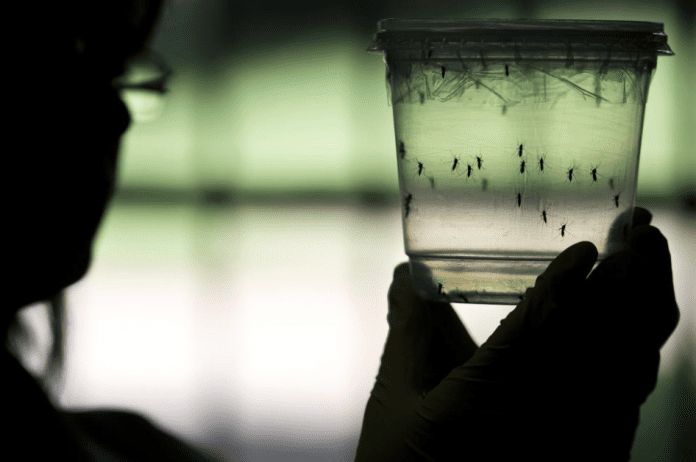 One pregnant woman among patients

Five new Zika virus cases have been confirmed in Florida, including one pregnant patient, according to state health officials.

The new cases include 3 more infections in Miami-Dade County and one more in Broward County. This brings the state’s total county to 42 infections, although all so far have been contracted during travel abroad in the Caribbean and South America.

As of Monday, they said four of the cases confirmed in the state were still exhibiting symptoms.

Meantime, U.S. officials are investigating more than a dozen new reports nationwide of sexually transmitted cases of the virus.

Armstrong urges Floridians, especially those in Broward County, to drain standing water weekly, no matter how small. A couple of drops of water in a bottle cap can be a breeding location for mosquitoes.

Armstrong said residents and visitors also need to use repellents when enjoying the Florida outdoors.

Zika Virus, also known as Zika Fever, often causes no or only mild symptoms, similar to a mild form of Dengue fever. Since the 1950s, it has been known to occur within locations among Africa and Asia. In 2014, the virus spread eastward across the Pacific Ocean to French Polynesia, then to Easter Island, and in 2015 to Mexico, Central America, the Caribbean, and South America, where the Zika virus outbreak has now reached epic proportions.

There is no cure for the Zika Virus. As of February 2016, there is evidence that Zika fever in pregnant women can cause abnormal brain development in their fetuses by mother-to-child transmission, called microcephaly. It is still to be determined if the Zika virus does in fact cause microcphaly.