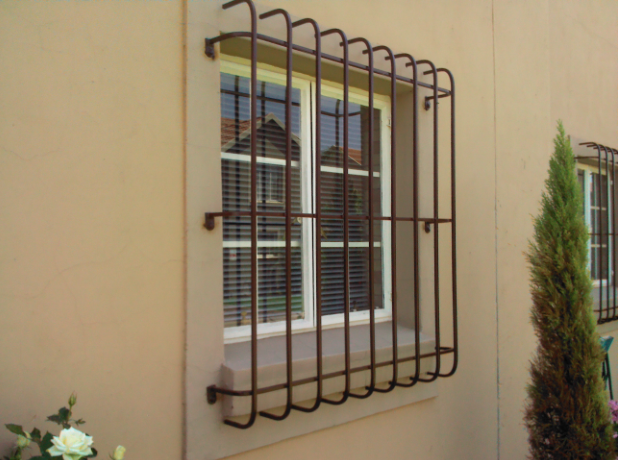 Bars pose problems in the event of a fire

Fearing burglars breaking into their homes, it’s not unusual for some Caribbean-American and other homeowners in South Florida to install steel “burglar bars.” But Miami-Dade firefighter Eugene Mullings cautions the community that, while these bars “do have their use for protecting homes from burglars, especially when all the residents are away from home, they present a serious danger to residents inside the home in case of a fire.”

Incidents of death and serious injury from residents and pets trapped in residential fires “are much too frequent,” says Mullings. “It’s sad when people become entrapped by the very bars that are supposed to protect them. Children, the elderly, and the disabled are especially vulnerable. These bars also present danger to firefighters.”

Miami code enforcer Desmond Browning says Florida’s building and fire codes require each bedroom must contain two means of escape — a door and a window. If burglar bars are installed, there must be a way to remove them without a key, and there must be smoke alarms in the home.

“If the house has burglar bars without a quick-release mechanism, that house is out of compliance,” says Browning.

But enforcing this particular building code “isn’t easy,” says Browning, as many residents install burglar bars after a house is built or purchased without getting the required permits. And if a residential property is in good condition, city code enforcement officers “usually have no reason to inspect the property.” On the other hand, he said, “code enforcement will randomly inspect homes with obvious evidence of burglar grills on the outside of doors, windows and enclosing patios.”

Ralston Burgess, owner of a Fort Lauderdale steel-grill company, said he “as a rule” only installs burglar bars in accordance with city building codes and the National Fire Protection Association (NFPA) Life Safety Code, which stipulates a window or other means of escape should be operable from the inside “without the use of tools, keys, or special effort.”

Burgess caution consumers to ensure “burglar bar installers install bars with a quick release system on at least one window in each room, particularly bedrooms. Installers who don’t do this are totally out of compliance and place homeowners in danger.”

Caribbean-American North Miami homeowner Terry Mightly learned this the hard way when she had bars installed after her house was broken into “just three weeks” after moving into her new home.

“Out of fear I contracted a company to install burglar bars on every window, front and back doors,” says Mightly. “It was only after they were installed that I realized there wasn’t an escape system on the bars.” She recently contacted another company to remedy the situation as “I am deadly afraid of what would happen to me and my family in case of a fire.”