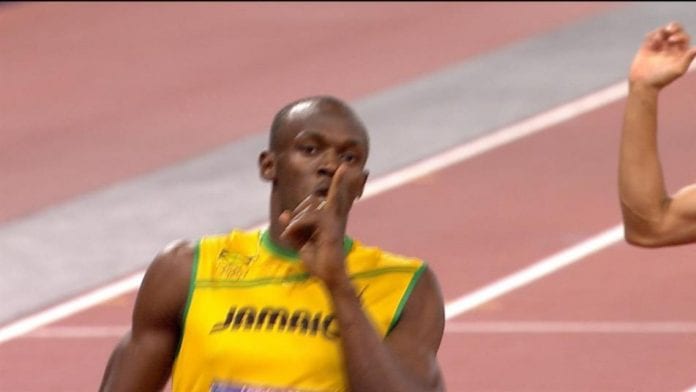 With his retirement looming and a field of sprinters lining up to spoil his going away party in London this summer, sprint king Usain Bolt has sent out a reminder to any pretender to his throne.

Even though his did not burn up the track when he performed for the last time in Jamaica at the racers Grand Prix in Kingston earlier this month and clocked 10:03, Bolt, is not worried about the challenges that must come.

Instead the eight-time Olympic champion has thrown down the gauntlet and reminded his rivals that he remains the fastest man in the world.

In the meantime Andre De Grasse – who took third in the 100m in Rio and silver in the 200m – clocked a wind-assisted 9.69secs in Stockholm to underline his growing threat to Bolt’s supremacy, and long-time rival Justin Gatlin won the US trials last week.

But Bolt, who will compete in Wednesday’s Golden Spike meeting in Ostrava, was defiant when asked if he would be able to keep up with the competition in his final outing on the global stage in August.

“I am the fastest man in the world so I will say yes to that,” he said, before playing down De Grasse’s time in hugely beneficial conditions.

“Every time I hear a wind-assisted time my friend NJ [Nugent Walker, Bolt’s executive manager] always calls me and says: ‘Why are we never this lucky?’ We always have negative wind.

“The possibility with a strong tailwind is endless. We have always thought about it. I have never been that lucky.”