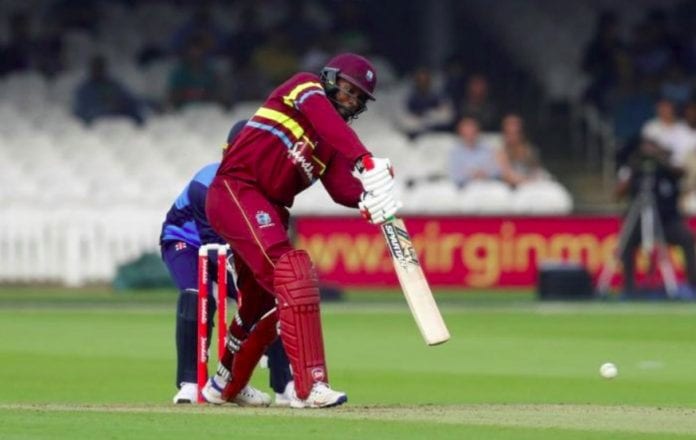 In the latest rankings released Friday, the left-handed Lewis jumped one place to fifth, on 753 ratings points.

Lewis has emerged as one of the Windies most dependable players in the shortest format, following his debut two years ago. In his last three T20 International innings, he has lashed a hundred and two half-centuries.

The 26-year-old is the only Caribbean player in the top 20, with veteran right-hander Marlon Samuels the next highest ranked batsman at 24th.

In the bowling rankings, leg-spinner Samuel Badree has remained steady at number four, despite taking two wickets in his last four T20 Internationals.

The 37-year-old, once the top-rated T20 bowler, now sits behind number one Rashid Khan of Afghanistan, with another leg-spinner Shadab Khan of Pakistan in second spot.

There was no such good fortune for Narine, however, who slipped four places to 18th in the rankings.

The 30-year-old is one of the world’s finest spinners in the shortest format but has not played for West Indies since the one-off T20 International against England last September.

He and Badree are the only two Windies players in the top 20, with captain Carlos Brathwaite the next best positioned at 26th.