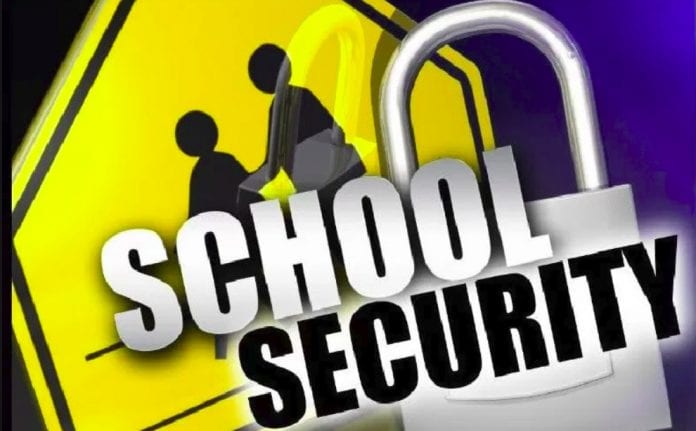 Understandably, the recent deadly mass shooting at the Marjory Stoneman Douglas High School in Parkland, Broward County, has sparked renewed debate for “sensible” gun legislation nationally and in Florida. Whether or not these legislations materialize is left to be seen. In the meantime, it’s the responsibility of the community and its leaders to ensure the thousands of students attending schools from kindergarten through high school are safe and secure from any form of violence.

No need for high-risk at schools

One of the key factors compromising optimum security at public schools is insufficient funding. It’s extremely doubtful there’s any school superintendent in any school district unconcerned about effective security on the schools in his/her school district. But effective security comes with a cost.  The districts are dependent on state budgets to funds the cost of security and other expenses at public schools.

Must be priority of state lawmakers

It should be the utmost priority of state legislatures, and in the context of the Parkland shooting, the Florida Legislature, that schools have the necessary security systems, both human and technical.

There is this dubious thinking that schools in more vulnerable communities characterized by poverty, social disorder and crime should have tighter security, than schools in socially and economically advanced communities.  The shooting in Parkland, a relatively peaceful and affluent community rubbished that thinking.

What is needed is a comprehensive security code applicable at all schools – elementary, middle and high schools. Several security professionals are of the consensus that schools should have a singular main entrance, with metal detectors, multiple-security patrol during school hours, and a full-time monitored visual security system with cameras placed strategically at school entrances, exits, corridors, classrooms and other sensitive areas.

To reiterate, these measures are costly, and will require a significant increase in capital expenditure of school budgets.  But these funds can be secured both through state legislation, or public support, through voters approving bonds to finance these security measures, and even paying higher taxes. Funding can definitely be found to improve school security systems.

Quite possibly if the Parkland high-school had more than the one security officer, who was reportedly absent when the perpetuator of the mass shooting entered the school compound, and metal detectors at the main entrance to the compound, the grave tragedy could have been averted.

As a community, whether lawmakers, or ordinary citizens, residents cannot continue to just engage in passionate debate when things go wrong.  The repeated shedding of the blood of youth in our communities must stop, regardless of the source of violence that causes this bloodshed. As a community, everyone can play a role, and stop deferring to elected officials although they hold ultimate responsibility. Public schools in every US community should have effective security. This a necessity in the country, and the times, in which we live.

In addition, it’s incumbent that the staff, and students, of schools be alert to adverse behavior of students. Students perpetually acting out of proper behavioral context could either have serious disciplinary or mental problems. School districts need programs that effectively identify and address behavioral problems seemingly resulting from mental challenges experienced by students.

The perpetuator of the Parkland shooting was previously expelled from the school because of repeated indiscipline, but there are no reports he was determined, or reported, as having a mental problem. Are all school administrators aware if a student behaves in a manner suspicious of a mental problem they can act under the Florida Mental Health Act of 1971?  This Act is commonly known as the “Baker Act,” which allows the involuntary examination, and possible institutionalization, of people suspected of having mental problems.

There are other possible ways the community could be directly involved in enhancing school security. For example, similar to  communities having Neighborhood Watch associations to deter criminal activities, they could consider developing ‘Neighborhood School Watch’ associations that focus on potential threats to schools from their peripheral surroundings. Possibly a member of such an entity would have seen the perpetuator alighting from his Uber transport with a suspicious-looking duffle bag, and back- pack, and alert police and school authorities at the Parkland school.

There are several ways in which security at public schools can be enhanced. Whatever it takes, steps should be taken immediately to ensure students and staff at these schools learn, and teach, in a more secure environment.

Dominican Government Forging Ahead with the Decriminalisation of Marijuana