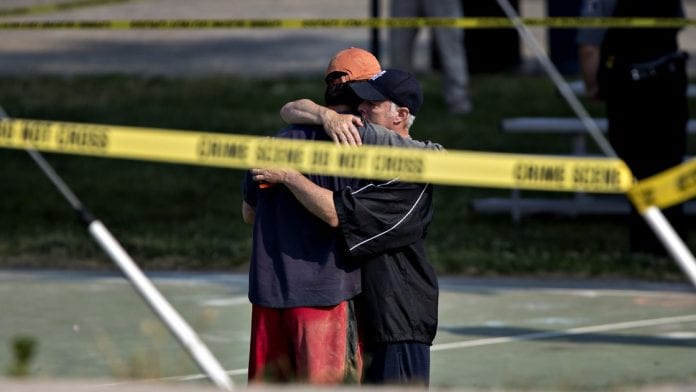 Last week’s shooting targeted at Republican congressional representatives while participating in early morning practice for a bi-partisan baseball game was unfortunate, sad and ironic. Ironic because the shooting involved men who were preparing to share a friendly game with their political opponents.  But, the shooting by a man who previously expressed hatred for the sitting Republican president and Republicans in Congress was acutely symptomatic of the vast and bitter divisions in America.

Although America is a united nation of 50 states, the history of the country has been one of division. It cannot be lost on the current citizens and residents of the US that this union did not come about voluntarily, but forcibly after a long, deadly civil war between southern and northern states. In later years the nation was also sharply divided over entering World War II, and later still over fighting in the Viet Nam War. However, the divisions being experienced today seems much worse than in the past. These are gut-wrenching divisions based on social and economic class. These are similar divisions that bitterly divided Russia in the early 20th Century, leading to the Russian Revolution and the spread of communism.

Social and economic class differences in America has divided America not only down the middle by political support for Democrats and Republicans, but between some 90 percent of the population who struggle daily to make financial ends meet, and the 10 percent who are flushed with wealth.

The divisions have become more bitter as the majority 90 percent, including the black race, strive for increase in the federal minimum wage; affordable healthcare; affordable housing; lower taxes; lower food prices; sounder education; justice from law enforcement and the courts; and immigration reform. But as the majority strive for these issues to be addressed favorably they often face opposition from most of the 10 percent. Because a large percentage of the current majority party in the US Congress emerge from this latter 10 percent, the wrath of the 90 percent is sometimes targeted against these representatives, most of whom act ignorant or unconcerned to their plight.

The bitter divide is firmly entrenched in politics. America is no longer seen as a political tolerant society. Long gone are the days when migrants to American from politically volatile countries were relieved to find Americans who supported different political parties interacting peacefully. Back in those days people supporting the various political parties could ride in the same vehicle to the polls without animosity. Today, this cordial relationship between supporters of the Democratic and Republican parties is less evident.

Feeding the social, economic, and political division in the nation is the ‘instant news’ cycle via social media. This wasn’t present, say, even five years ago. Rhetoric, often scathing, is freely disseminated without sensitivity for the individuals, groups or class that this rhetoric affects. This type of rhetoric usually sparks equally damaging reactionary rhetoric. And so, the national divide gets wider, nastier and more dangerous.

Sadly, last week’s shooting incident could be indicative of the seething, angry undercurrent in the American society. If things are not to escalate into even worse violence, within and across states, something must be done.

One of the first things that need to be done is for the nation’s political leaders, especially those elected to state and federal office, to be more mindful of the plight of the 90 percent. The nation will remain on the periphery of a social boiling point if the political establishment continue to discard issues affecting the majority. Playing on the words of the late President John Kennedy, leaders in state capitals and in Washington DC need to examine and say to themselves, “Ask not what voters can do for me, but what can I do to improve the lives of voters.”

It’s firmly believed by many experts, professionals, and the man in the street that by positively addressing the issues that afflict the majority, the divisions in America could be realistically breached.