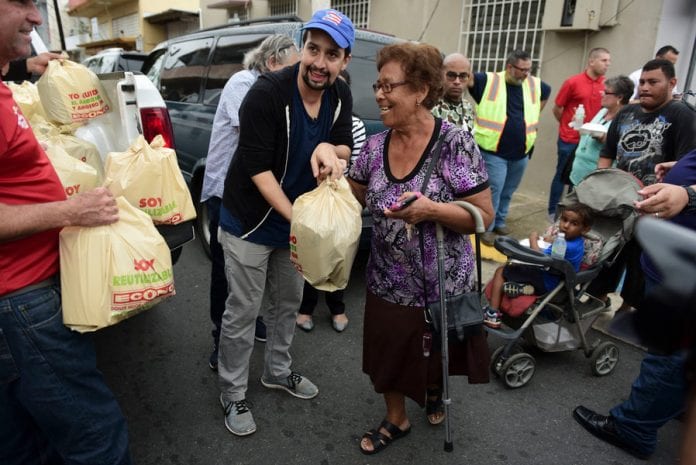 MIAMI, Florida – It is almost the end of November and the beginning of the “season”. This season has a variety of adjectives and interpretations. For some, it’s the shopping season, for others, the Christmas season, the holiday season, and for most the giving season.

The giving season begins with Thanksgiving Day which falls on the last Thursday of November annually. The giving season is easily recognized with a plethora of announcements from individuals, groups and community organizations hosting Thanksgiving dinners for the homeless and less fortunate, or making donations of turkey and other food kinds.  The giving season will continue through to Christmas or year’s end with various organizations and most of the community adopting a spirit of kindness and brotherly love not seen for most of the passing year.

People who normally paid scant attention to the plight of the poor will take time out to recognize those who have little or no clothing and food, may be homeless or living in deplorable conditions, with children who have nothing to play with or nowhere to play, when the giving season arrives. Then comes the New Year, and the giving season will fade away like the old year.

It is gratifying that, at least for four to five weeks at the end of each year, there are people who exercise this giving spirit, But, unfortunately, the poor revert to poverty, the hungry to hunger, and the sufferers to suffering when the giving season ends.

Several communities and organizations should be commended for the planning they execute and implement in providing for needy individuals including children from Thanksgiving through to the end of the year. However, those who are concerned about fighting poverty year-round often question why can’t the same diligent planning for fundraising, food collections; food banks, clothes and toy drives, home repair and general spirit of goodwill and generosity extend throughout the year.

Others will argue as much as they would like the spirit of giving and goodwill that appears during the giving season to extend throughout the year, this giving spirit is expected as an indelible norm of the holiday season, but not expected to either precede this season or follow it.

This argument is fundamentally unacceptable. It is also unacceptable to just stand by and watch people in our communities revert to poverty and unbelievable struggles trying to make ends meet. It boggles the mind that the same people who display much generosity in organizing various Thanksgiving and Christmas events are not able to exercise similar commitment to developing long term plans for countering and alleviating deep-rooted poverty.

On Thanksgiving Day, a few years ago, a local pastor was asked to offer the blessing at a Thanksgiving dinner held for poor residents in Overtown, Miami-Dade. His prayer was brief and simple, “Lord, teach us to always give thanks and to love our neighbors as we love ourselves, not just for today, but always.”

Some who were present on hearing that prayer was touched not just by its simplicity, but the depth of the message. Asked why his blessing was so brief, the Catholic priest, said  he didn’t need to pray a long prayer to make people understand that love and charity towards each other – neighbors, co-workers, political rivals, between the ninety-nine percent less well-off and the one percent extremely well-off, shouldn’t be just a highlight of the Thanksgiving and Christmas season. He said every year he was perplexed that people seem to be oblivious that the giving spirit they displayed during the holiday season was absent for the rest of the year.

This Thanksgiving, as several individuals in the community organize treats for the poor, and as this generosity extends during Christmas, the heart of the giving season,  they are urged to give thanks for their broad variety of personal blessings and seek means to realistically continue this generosity to their neighbors. This generosity, especially for those less fortunate, shouldn’t only be committed for “the season”, however, it is interpreted, but be part of a longer-term commitment.

Something seems seriously awry for charity to be placed on hold for eleven months, then unwrapped and displayed with much profile and pomp for just one month. As the community gives thanks on Thursday, and the more fortunate enjoys the holiday, they ought to be aware poverty takes no holiday.

HAPPY THANKSGIVING to all.