A Caribbean-born artist has made history in Denmark by collaborating to create the country’s first public monument to a black woman. 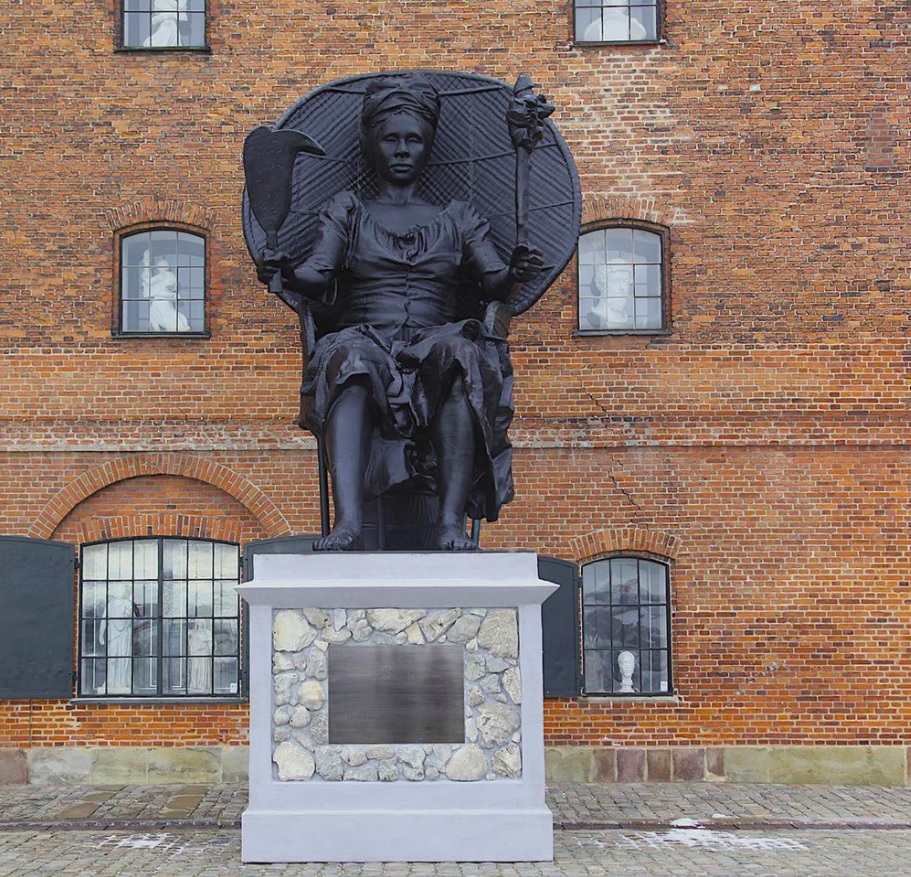 The memorial is a tribute to Mary Thomas, a 19th-century freedom fighter, who led a major uprising on St. Croix, one of the Virgin Islands that was then part of the Danish West Indies.

The unveiling marked 101 years since Transfer Day, when Denmark sold St. Croix, St. Thomas, and St. John to the United States for $25 million.

The statue is painted entirely black and rises nearly 23 feet on a hefty pedestal. Thomas is shown seated in a position of power and government.

Thomas was an important leader of the ‘Fireburn’ labor revolt on St. Croix. The Fireburn began on October 1, 1878 as an uprising against the contractual servitude that continued to bind workers to the plantation system after the 1848 abolition of slavery in the former Danish West Indies.

The insurrection was for better working and living conditions and involved burning down most of Frederiksted town as well as sugar cane fields on a great number of St. Croix’s plantations.

Along with Mary Thomas, the three women – Axeline ‘Agnes’ Elizabeth Salomon, Matilde McBean and Susanna ‘Bottom Belly’ Abrahamsson – led the largest labor revolt in Danish colonial history. They were arrested and sent to Denmark in 1882 to serve prison sentences in Christianshavn’s Women’s Prison.

Their sentences were later commuted, and they were returned to St. Croix and venerated in U.S. Virgin Islands cultural mythology as the Queens of the Fireburn.

There are folksongs dedicated to ‘Queen Mary’ and a highway named in her honor.

The European country never fully acknowledged its colonialist past in the Caribbean; although the Danish government recognizes Denmark’s wrongful role in the slave trade, it has never formally apologized for it.

The statue’s creator, Belle, whose roots also extend to Barbados, also teaches at the University of the Virgin Islands. She own a few businesses – a Latin dance studio, House of Clave, and a guesthouse, Trumpetbush Manor – with her husband, Rivert Diaz. She moved to St. Croix at age 7.

Her work borrows from elements of architecture, literature, history, archeology and social protest to create narratives that challenge the colonial process.

She is best known for her work reinterpreting the material artifacts of colonialism and uses her work to create a form of alternative archive that challenges the colonial narrative. For more on her work see www.lavaughnbelle.com