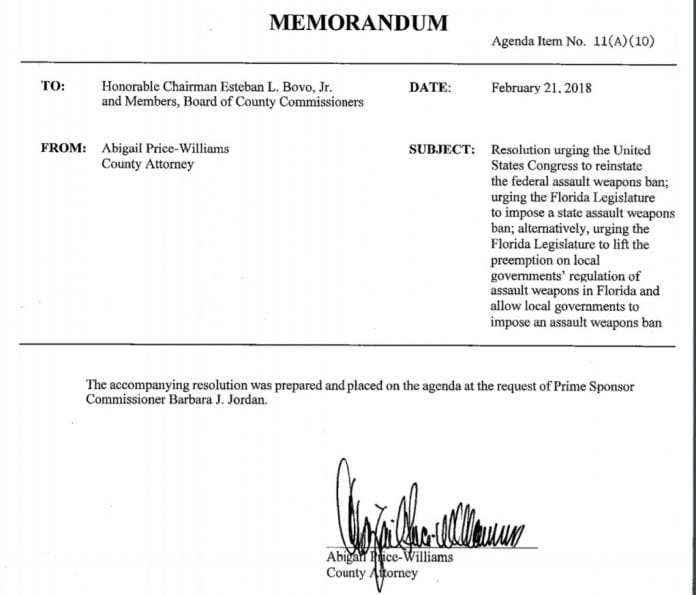 “The recent tragedy in Parkland has put this issue back in the spotlight, but I’ve been sponsoring legislation to address this crisis in our community almost every year. We need to lift the restrictions that limit us and ban these assault weapons from Miami-Dade County,” Commissioner Jordan said.