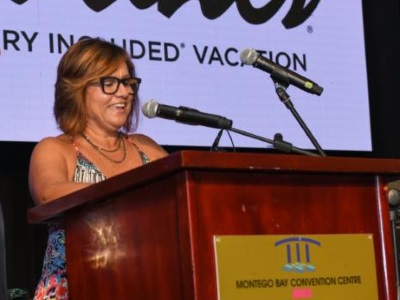 MONTEGO BAY, Jamaica, CMC – The President of the Caribbean Hotel and Tourism Association (CHTA), Patricia Affonso-Dass, has hailed the diversity of the region as she called for it to be better known as the most welcoming region in the world.

Addressing the 37th annual Caribbean Travel Marketplace, the Caribbean’s largest tourism marketing event, in Montego Bay on Tuesday night, she said it was time to change the way the world references the region, “from the most tourism-dependent in the world to the world’s most desirable, most tolerant and inclusive, most welcoming, most hospitable, most facilitative and investment-friendly, and most environmentally sensitive region in the world.”

The CHTA official said she wanted the Caribbean to be known as a region where genuine service is delivered by “regionally proud, highly trained professionals who understand the critical importance of their role and their importance to the success, sustainability and economic viability of the region.

The Barbados-based hotelier, who has championed the theme of “people development” prior to assuming the role of president last year, said the people of the region are “our most important asset and our most marketable commodity.”

She said in a world that often appears dominated by divisiveness, fear and uncertainty, her dream is for the Caribbean region “to continue to stand strong and united, to be synonymous with a genuine welcome, an authentic experience and excellent service delivered with soul and pride.”

She told the 1,000 delegates attending the opening reception that “more and more of our customers are telling us what they are seeking is a personal connection with our people, a genuine experience, and an opportunity to feel that their being here makes a positive difference.

Caribbean Travel Marketplace is hosting the largest group of buyers in its history with the organizers stating that 60 new companies have joined the estimated 145 buyers this year.

The CHTA said that it was also welcoming the largest contingent of Chinese travel buyers to date along with new buyer companies from Argentina, Brazil, Canada, Colombia, India, Mexico, Panama, Peru, Poland, Puerto Rico, St. Vincent and The Grenadines, Switzerland, the United Kingdom and the United States.

“The diversity of buyers attending Marketplace from around the world ironically reflects the diversity of our Caribbean offerings – a united region with an incredible array of offerings with their own distinct natural beauty, history and culture. This is one of our core strengths,” Affonso-Dass said.