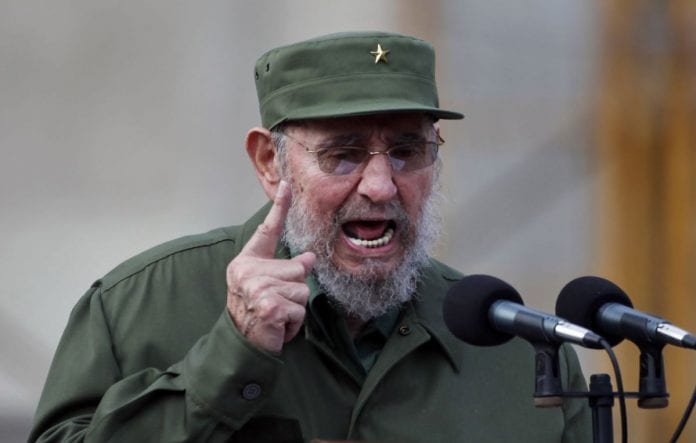 Since the announcement of the death of former Cuban president Fidel Castro, 90, on Saturday, November 25, leaders from the Caribbean region have expressed their condolences to the Cuban people.

In his statement, Ambassador Irwin LaRocque, Secretary-General of CARICOM referred to the late Cuban leader as “a treasured friend of the Caribbean community.”

LaRocque continued, “President Castro’s commitment to assist developing countries through the sharing of his country’s skills and expertise, made him a treasured friend of the Caribbean Community. Thousands of our citizens have benefitted in many ways from his dedicated friendship to our Community, rooted in his appreciation for the courage of the then four independent Member States of CARICOM in breaking the hemispheric diplomatic isolation of his country in 1972.

The passing of Fidel Castro marks the end of a life dedicated to fighting for the dignity of all people which ensures his place in history.”

Prime Minister Holness said, Fidel Castro “will go down in the annals of history as one of the leaders who, though coming from a Caribbean island developing state, has had the greatest impact on world history.

“His building of excellent education and health systems in Cuba, has become an outstanding model for the world. The people of Jamaica remain deeply appreciative of the significant contribution that Cuban medical personnel continue to make to the Jamaica health services, through a process of technical cooperation initiated under the leadership of President Fidel.”

The Prime Minister of St. Kitts and Nevis, Dr. Timothy Harris also extended “sincere condolences” to the Government and people of Cuba on the passing of Fidel Castro.

In his message Dr. Harris, stated. “The Government and people of the Federation of St. Kitts and Nevis mourn with you as you bid farewell to a great statesman and a beloved leader who, until his demise, remained faithful as his name to a cause for which he fought for close to sixty years.

His was a life of purpose, fulfilment and accomplishment. His unwavering spirit, steadfast will and determination brought inestimable inspiration to his people and millions worldwide.

Former President Fidel left behind a trail of remarkable successes, including unparalleled health and education systems from which citizens all over the globe have benefitted, either from scholarships to Cuban institutions of higher learning or from health care, at the hands of members of Cuban Medical Brigades situated the world over.

Indeed, St. Kitts and Nevis boasts a cadre of professionals, a majority of whom are medical practitioners, who are beneficiaries of the goodwill of Fidel Castro…..but what will be cherished for posterity are his benevolence, generosity and altruistic nature. He motivated generations of Cubans to develop these same qualities, notwithstanding their own economic struggles.

Cuba, the region and the world have lost a stalwart leader and fearless Commander, whose legacy will long outlive his ninety years of life.”